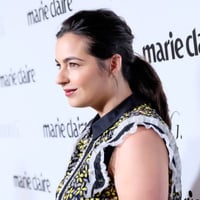 Alanna Masterson net worth: Alanna Masterson is an American actress who has a net worth of $2 million. Alanna Masterson was born in Long Island, New York in June 1988. She is best known for playing the role of Tara Chambler in the AMC television series The Walking Dead. In 2010 she starred as Abby in the TV series First Day. Her best known role has come since 2013 starring as Tara Chambler on the series The Walking Dead. She starred in the movie Peach Plum Pear in 2011 and has also appeared in episodes of the TV series The Young and the Restless, Definitely Maybe, Malcolm in the Middle, Greek, Terminator: The Sarah Connor Chronicles, Grey's Anatomy, Park It Up, and Men at Work. Abby is the younger sister of actors Danny Masterson, Jordan Masterson, Christopher Masterson, and Will Masterson. She is close friend with actress and singer Hilary Duff and plans to travel to Nepal to build a primary school.