Alana Hamilton Stewart net worth: Alana Hamilton Stewart is an American actress, model, and reality television personality who has a net worth of $20 million. She is probably best known for being the wife of musician Rod Stewart, and for appearing in the reality series Stewarts and Hamiltons with her ex-husband, George Hamilton and their blended family.

She was born Alana Kaye Collins in San Diego, and at a young age, headed to New York to become a model. She signed with Ford Models and made her way to Los Angeles to begin booking television and commercial jobs. In the 1970s, she began her acting career and landed her first bit part in the film, Evel Knievel, which starred her then-husband, George Hamilton. She later appeared in television shows like The Bionic Woman, Fantasy Island, and a syndicated talk show she had with George Hamilton, George & Alana. Alana married George Hamilton in 1972 and the couple had one child, a son named Ashley Hamilton. The couple divorced in 1975, and in 1979, she married British musician, Rod Stewart. The pair had a daughter named Kimberly and a son named Sean. Alana and Rod Stewart divorced in 1984, but she still uses his surname today. In 2003, Alana was a contestant on the reality series, I'm a Celebrity…Get Me Out of Here, and in 2012, she guest starred in an episode of the web-series DeVanity. In 2015, Alana, her children, and her ex-husband started filming a reality television show about their family called Stewarts and Hamiltons.

She also appeared on the hit reality series, Celebrity Wife Swap, where she traded lives with Big Ang, a larger than life personality from the show Mob Wives. 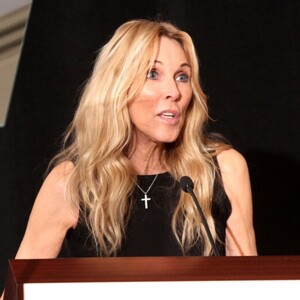