Alana was named Miss Photogenic at the Miss El Paso Teen USA pageant. She studied at the University of Texas and was a special needs teacher. De la Garza starred in the music video "Ain't Nothing 'bout You" by Brooks & Dunn. Her debut television role came in the TV series Mortal Kombat: Conquest in 1999. In 2001 she starred as Rosa Santos in the soap opera All My Children. Alana's debut film role came in the 2002 movie Bending All the Rules. From 2004 to 2005 she starred as Maria Serrano in the television series The Mountain. Her best known role came in the TV series Law & Order as A.D.A. Connie Rubirosa from 2006 to 2010. She reprised the role of Deputy D.A. Connie Rubirosa in Law & Order: LA in 2011. From 2005 to 2011 she had a recurring role as Marisol Delko on the series CSI: Miami. In 2013 de la Garza starred as Dr. Lena Solis on the TV series Do No Harm. In 2014 she starred as Detective Jo Martinez in the series Forever. Alana has been nominated for two ALMA Awards and four Imagen Awards for Law & Order or Law & Order: Los Angeles. 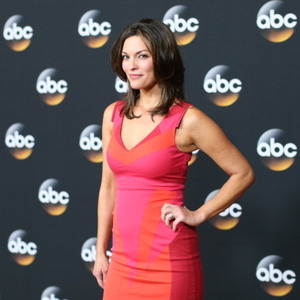