What is Alan Tudyk's Net Worth?

Alan Tudyk is an American actor and voice artist who has a net worth of $4 million. Alan Tudyk is perhaps best-known for his role on the ABC sitcom, "Suburgatory" and as Hoban "Wash" Washburne in the space western television series, "Firefly." Other Tudyk films include "A Knight's Tale," "42," "Wreck-It-Ralph," and "Frozen."

Alan Tudyk was born on March 16, 1971 in El Paso, Texas. He is the son of Betty Loyce and Timothy Tudyk and is of Polish, German, French, and English ancestry. He was raised in Plano, Texas and attended Plano Senior High School. After graduating, he studied drama at Lon Morris College in Jacksonville, Texas where he won the Academic Excellence award for drama. He then was admitted to Juilliard to continue his study of drama but left in 1996 before earning a degree.

Tudyk made his film debut in 1997 in the independent drama film "35 Miles" by director Mark Schwahn. The following year, in 1998, he had a small role in the biographical comedy-drama "Patch Adams" starring Robin Williams in which he played a patient of the main character. In 2000, he appeared in the film "28 Days" starring Sandra Bullock. He played the character of a gay German drug addict. The same year he also appeared in the film "Wonder Boys." In 2001, he appeared in "Hearts in Atlantis" and "A Knight's Tale." The latter film starred Heath Ledger and was generally positively received by critics and audiences.

In 2002, Tudyk voiced a character in the animated film "Ice Age," which went on to become very popular upon its release. In 2004, he appeared in "Meet Market" and "I, Robot" opposite of Will Smith. He also appeared in the comedy film "Dodgeball: A True Underdog Story" as character Steve the Pirate. The film did very well among critics and audiences and gave Tudyk's career an upward push.

Throughout this period of time, Tudyk was also developing his television career. He landed the role of character Hoban "Wash" Washburne in the 2002 television series "Firefly" by Joss Whedon. The series only ran for one season but Tudyk reprised his role in the film "Serenity," which was based on the series and released in 2005.

In 2007, Tudyk had a supporting role as a doctor in the western film "3:10 to Yuma." He also had a memorable role in the comedy "Knocked Up" as well as the British film "Death at a Funeral." In 2009, he appeared in the indie horror comedy "Tucker & Dale vs. Evil." The following year, he appeared in "Transformers: Dark of the Moon" and then voiced one of the chipmunks in "Alvin and the Chipmunks: Chipwrecked" in 2011. In 2012, he appeared in "Abraham Lincoln: Vampire Hunter" and then appeared in "43" as character Ben Chapman in 2013.

In 2014, Tudyk took over the role of the lead anchor on the live action adult swim comedy "Newsreaders." He also appeared in a two-part episode of "Strangers With Candy." He has had guest starring roles on "Arrested Development," "CSI: Crime Scene Investigation," and "Dollhouse." He co-starred in the ABC comedy series "Suburgatory" and then released his own web series called "Con Man" in 2015. He was later cast as a main character in the show "Powerless." In 2017, he appeared in a supporting role in "Dirk Gently's Holistic Detective Agency" as the character of Mr. Priest. 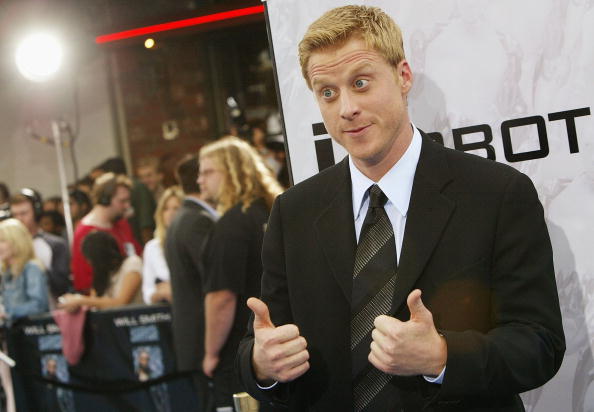 Tudyk has also worked with Walt Disney Animation Studios numerous times over his career. Beginning in 2012, he voiced a character in the animated film "Wreck-It-Ralph" and won the Annie Award for Voice Acting. Since then, he has lent his voice to every Walt Disney Animation Studio film since. He voiced the character of the Duke of Weselton in "Frozen," Alistair Krei in "Big Hero 6," Duke Weaselton in "Zootopia," Heihei in "Moana," KnowsMore in "Ralph Breaks the Internet," Tuk Tuk in "Raya and the Last Dragon," Pico in "Encanto," and Duffle in "Strange World." He has also voiced the character of a droid in "Rogue One: A Star Wars Story" and voiced the parrot character in the 2019 live-action adaptation of "Aladdin."

In 2021, Tudyk starred in the comedy film "Distancing Socially," which was filmed using an iPhone 11 during the height of the Covid- 19 pandemic. In 2022, he had voice roles in "Disenchanted" and "Strange World."

In addition to his television and film career, Tudyk has also done some stage acting. He made his Broadway debut in the production "Epic Proportions" in 1999. He has also appeared in the stage productions of "Wonder of the World," "The Most Fabulous Story Ever Told," Misalliance," "Oedipus," and "Bunny Bunny." From June to December of 2005, he filled in for Hank Azaria's roles in "Spamalot." He also had a starring role in a limited run of "Prelude to a Kiss."

In December of  2015, Tudyk became engaged to dancer, choreographer, and creative consultant Charissa Barton. They got married in September of 2016 in the Silver Lake neighborhood of Los Angeles.