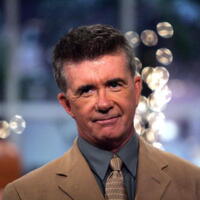 What was Alan Thicke's net worth and salary?

Alan Thicke was a Canadian actor, songwriter and talk show host who had a net worth of $40 million at the time of his death. He was perhaps best known for playing Dr. Jason Seaver in the '80s sitcom "Growing Pains", but he was also a highly successful theme song writer and real estate investor. According to legend, Alan made more money during his career off theme songs than he did acting. Alan wrote and produced the theme song to "Diff'rent Strokes", "The Facts of Life" and the original theme to "Wheel of Fortune".

Alan is also notable for being the father of singer Robin Thicke.

Alan Thicke was born on March 1, 1947 in Kirkland Lake, Ontario, Canada, to nurse Shirley "Joan" Isobel Marie and stockbroker William Jeffery. His parents divorced in 1953 and his mother went on to remarry Brian Thicke and the family moved to Elliot Lake. Alan graduated from Elliot Lake Secondary School in 1965, where he was elected homecoming king. He attended the University of Western Ontario and joined the Delta Upsilon fraternity.

He started his career as a game show host on the Canadian show, "First Impressions", in the 1970s and continued on the prime-time celebrity game show, "Animal Crack-Ups" in the late '80s. Thicke was hired as a producer and head of the writing staff on "Fernwood 2 Night", a talk show based on characters from "Mary Harman, Mary Hartman." In the late 1970s, Thicke was a frequent guest on the popular daytime talk show on Canadian TV, "The Alan Hamel Show."

During the 1980s, Thicke became the host of his own popular talk show in Canada called, "The Alan Thicke Show" and was also signed to do an American syndicated late-night talk show called, "Thicke of the Night," which turned out to be short-lived.

Although he started his career as a host, he is most widely recognized for his work on the hit 80's sitcom, "Growing Pains" where he played Jason Seaver, a psychiatrist and father. This role immediately turned Thicke into a household name. The show ran from 1985-1992 on ABC. Thicke reprised his role of Seaver in two reunion movies, 2000's "The Growing Pains Movie" and "Growing Pains: Return of the Seavers" in 2004. 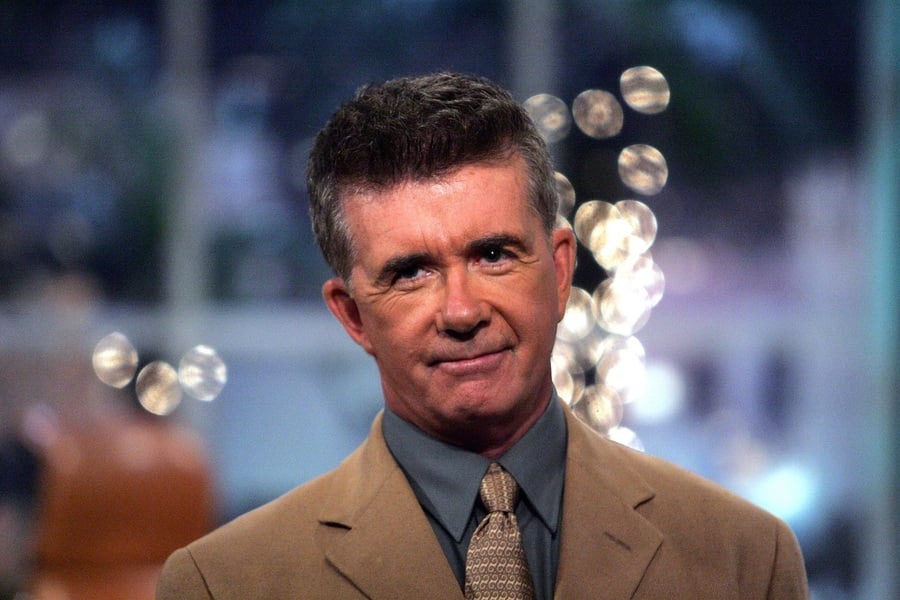 Other TV and Film Appearances

Thick continued to host a wide range of TV events, including the SCTV TV special "Opening of SkyDome" in Toronto. In 1992, Thicke made a cameo as himself in the pilot episode of the sitcom "Hangin' with Mr. Cooper."  In the early 2000s, Thicke hosted "The All-New 3's a Crowd" on the Game Show Network. He appeared on the American TV series "Hope & Gloria" which ran for 35 episodes and played the lead role in the "Not Quite Human" Canadian trilogy of made for TV movies. In April 2006, Thicke hosted "Celebrity Cooking Showdown" on NBC. That same year, he made appearances as a talk show host on several episodes of the soap opera "The Bold and the Beautiful." In 2007 and 2008 he appeared in "Alpha Dog" and "JPod." He also had a cameo on "How I Met Your Mother" and guest-starred as himself in a few other episodes over the show's run.

In 2009, Thicke appeared on Adult Swim's "Time and Eric Awesome Show, Great Job", the web series "Star-ving", the film "The Goods: Live Hard, Sell Hard," and "Attack of the Show," and he also appeared in the season six finale of "Just Shoot Me." In 2010, he guest-starred on "Tosh.0." Later that year, he was a celebrity contestant on "Don't Forget the Lyrics." In March 2013, Alan took part in ABC's "Celebrity Wife Swap," where he swapped wives with comedian Gilbert Gottfried. In 2013, Thicke was inducted into Canada's Walk of Fame and he was also part of a quasi-reality TV show called Usually Thicke that is airing on the TV Guide Network. In 2014 and 2015, he hosted a traveling dance show called "Dancing Pros Live", which toured the United States. In 2016, he appeared as himself in the very first episode of NBC's "This Is Us."

Thicke has also had a successful career as a musician and he composed a number of pop songs, scores, and the theme songs for shows like Diff'rent Strokes and The Facts of Life, as well as the original themes for game shows such as "Wheel of Fortune", "Celebrity Sweepstakes", "The Diamond Head Game," "Blank Check", and several others. He also produced a variety of TV shows including CBC Anne Murray Christmas specials in the late '70s.

Thicke dated 17-year-old Kristy Swanson in 1987, when he was 40 years old. They were engaged but never married. Thicke was married three times, first to Gloria Loring from "Days of Our Lives", then Gina Tolleson (a former Miss World contestant) and most recently to Tanya Callau, who is also a former model. The couple was married from 2005 until his death. With his first wife, he had two sons, Brennan and singer Robin Thicke (both boys entered the entertainment business), and another son named Carter with his second wife.

Thicke was an active philanthropist who founded the Alan Thicke Center for diabetes research. He also co-hosted Telemiracle, a yearly 20-hour telethon in Canada set up to support programs run by the non-profit organization the Kinsmen Club.

Thicke collapsed while playing hockey with his son Carter in Burbank, California, on December 13, 2016. He died later that day at age 69 of type-A aortic dissection at the Providence Saint Joseph Medical Center in Burbank. His funeral was held on December 19, 2016, and was attended by the entire cast of "Growing Pains," including Leonardo DiCaprio. Bob Saget gave the eulogy and Thicke was buried at the Santa Barbara Cemetery.