What was Alan Rickman's Net Worth?

Alan Rickman was an English actor who had a net worth of $16 million. Thanks largely to the Harry Potter Franchise, Alan Rickman is the 20th highest grossing actor in movie history. To date, his films have grossed over $3.4 billion. Unfortunately, Alan Rickman died on January 14, 2016 at the age of 69 after battling cancer.

Rickman launched his Hollywood career by playing the villain in the original "Die Hard," and he went on to star in a number of additional films over the years. With that said, Alan was a classically-trained actor who was equally comfortable on the stage. He was a member of the Royal Shakespeare Company for many years and appeared in productions in London's West End and New York's Broadway theatres.

Some of his best-known films include "Robin Hood: Prince of Thieves," "Quigley Down Under," "Sense and Sensibility," "Galaxy Quest," "Love Actually," and "Sweeney Todd: The Demon Barber of Fleet Street." Rickman eventually developed pancreatic cancer, passing away after appearing in final films like "Eye in the Sky."

Alan Sidney Patrick Rickman was born on February 21st of 1946 in the neighborhood of Acton, London. Raised amidst the ashes of World War II by working-class parents alongside three siblings, Alan watched his father pass away from cancer when he was eight years old. Alan was also born with a tight jaw, which gave him his characteristic tone of voice that would later set him apart in the acting world. After the passing of his father, his mother was left to raise the family alone. This led to him living in a council estate (housing project).

At school, Alan displayed artistic talents at an early age. After graduating from secondary school, he attended Chelsea College of Art and Design before transferring to the Royal College of Art. Initially, he chose to pursue a career as a graphic designer, as he saw this as more stable and reliable compared to acting. Despite opening a graphic design studio with three friends, Rickman eventually left this world behind and focused entirely on his professional acting career. He then auditioned for the Royal Academy of Dramatic Art and was accepted. He attended this famous drama college for two years, eventually graduating in 1974.

Rickman's first acting gigs after leaving RADA were through experimental theatre groups. During these early years, he also began appearing in productions of Shakespeare plays. He soon began working with the Royal Shakespeare Company and made his breakthrough TV appearance in "The Barchester Chronicles." He also quickly began to book lead roles on the stage, resulting in a Tony Award nomination for his role in an adaptation of "Les Liaisons Dangereuses."

In 1988, Alan made his Hollywood breakthrough with "Die Hard," playing the German villain Hans Gruber opposite Bruce Willis. His performance is now considered one of the most iconic portrayals of any villain in cinematic history. This proved to be a profitable niche for Rickman, as he continued to make a name for himself as one of Hollywood's most sought-after villains. In 1991, he played the Sheriff of Nottingham in "Robin Hood: Prince of Thieves," winning the BAFTA Award for Best Actor in a Supporting Role. He is also credited with "stealing the show" at Kevin Costner's expense.

Further roles during the 90s included "Truly, Madly, Deeply," "Sense and Sensibility," and "Quigley Down Under." During this period, Alan also continued to appear on stage, winning widespread praise for a number of London and New York-based theatrical productions. Despite his success in playing villainous characters, Alan eventually became unsatisfied with being typecast in these roles. This led to him pursuing a number of comedic roles in films such as "Galaxy Quest." 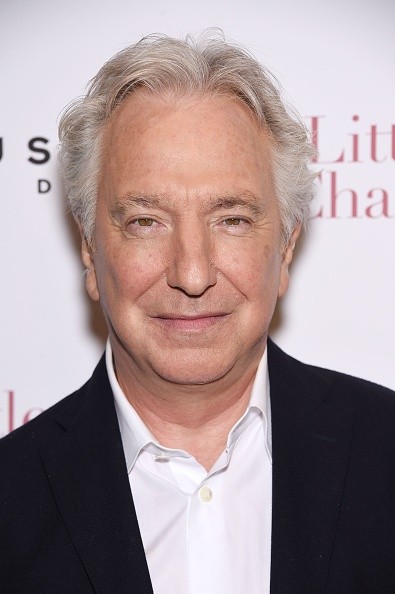 In 2001, Rickman landed what is probably one of the most defining roles of his career, playing Severus Snape in "Harry Potter and the Sorcerer's Stone." He would continue to play this role until 2011, when the final movie was released. In many ways, this role exposed Rickman to an entirely new generation of young fans. During the 2000s, Alan continued to appear on stage and in films like "Love Actually," "The Hitchhiker's Guide to the Galaxy," and "Sweeney Todd: The Demon Barber of Fleet Street."

By the 2010s, Alan's productivity had begun to dwindle. After the last "Harry Potter" film was released, he received widespread praise for his portrayal of Snape throughout the entire series. He then continued to appear on stage in plays like "Seminar." In 2014, he directed and starred in a film called "A Little Chaos." His last major live-action film was 2015's "Eye in the Sky," a film that received overwhelmingly positive reviews.

Rickman began experiencing serious medical issues in 2015, when he suffered a minor stroke. The subsequent medical investigation revealed that he was suffering from undiagnosed pancreatic cancer. This cancer was later revealed to be terminal, something that Alan revealed only to his closest friends and family members. Six months after his stroke, Alan died in London at the age of 69. Immediately after his passing, a vast number of fans and notable figures in the entertainment industry offered their condolences. A number of tributes also followed.

In 2020, it was revealed that Rickman's loft in West Village, New York, had hit the market for $1.69 million. Alan originally purchased the residence for just under $1 million in 2009. The loft spans 925 square feet and features 12-foot ceilings and a wood-burning fireplace. 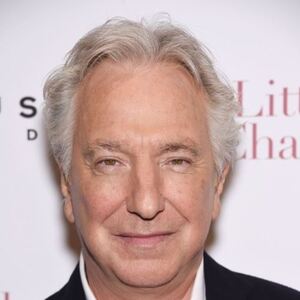