Alan King net worth: Alan King was an American actor and comedian who had a net worth equal to $10 million at the time of his death in 2004 (after adjusting for inflation). Alan King was born in New York City, New York in December 1927 and passed away in May 2004. He was a well known Jewish comedian and also wrote books, produced films, and starred in plays. King starred in several films including Hit the Deck, Miracle in the Rain, The Girl he Left Behind, The Helen Morgan Story, On the Fiddle, Bye Bye Braverman, How To Pick Up Girls, I, the Jury, Lovesick, Cat's Eye, You Talkin' to Me?, Memories of Me, Enemies, a Love Story, The Bonfire of the Vanities, Night at the City, Casino, Rush Hour 2, Sunshine State, Mind the Gap, and more. Alan King authored the books Anybody Who Owns His Own Home Deserves It, Help! I'm a Prisoner in a Chinese Bakery, Is Salami and Eggs Better Than Sex? Memoirs of a Happy eater, Name Dropping: The Life and Lies of Alan King, Alan King's Great Jewish Joke Book, and Matzoh Balls for Breakfast and Other Memories of Growing Up Jewish. Alan King passed away on May 9, 2004 at 76 years old. 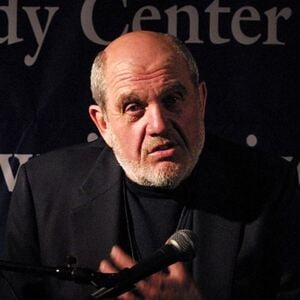