Alan Dale net worth: Alan Dale is a New Zealand actor who has a net worth of $8 million dollars. Born in Dunedin, Otago, New Zealand on May 4, 1947, Dale is best known for his appearances in The Young Doctors, Neighbours, The O.C., Ugly Betty, Lost, 24, NCIS, ER, The West Wing, The X-Files, Entourage, Once Upon a Time, Star Trek Nemesis, Hollywood Homicide, Indiana Jones and the Kingdom of the Crystal Skull, The Girl With the Dragon Tattoo, and more.

He is currently married to former Miss Australia, Tracey Pearson, and has four children by the names of Simon, Matthew, Daniel, and Nick. He has been active in the entertainment industry since 1979 and began performing at thirteen years old. He was 27 years old when he became a professional actor after auditioning for a local radio station broadcast. He started reigniting his career by taking acting at 52 years old and eventually earned his longest-running TV role on The O.C. as Caleb Nichol. Dale and his family currently live in Manhattan Beach in Los Angeles, California. He has appeared in approximately sixteen films and 54 television productions throughout his career. 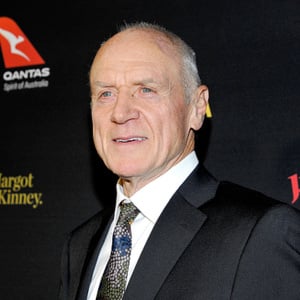