Alan Bagh net worth: Alan Bagh is an American actor, producer, and writer who has a net worth of $200 thousand. Alan Bagh was born in Sacramento, California in May 1985. His debut acting role came in the film Birdemic: Shock and Terror in 2010. Bagh has also starred in the movies Birdemic 2: The Resurrection, The Sparrows: Nesting, Cyborg X, Highway to Havasu, and the Mad Whale.

He has also starred in several shorts including Beauty Beware and The Only Road and episodes of the TV series Parks and Recreation, Pretty Little Liars, and Development Hell. Alan Bagh wrote, directed, and produced the short The Only Road in 2014. He is the host of The Alan Bagh Show Podcast and graduated from Chapman University. Alan has a twin sister and received a Presidential Award signed by Bill Clinton in 6th grade. His younger brother Rich Bagh is also an actor. 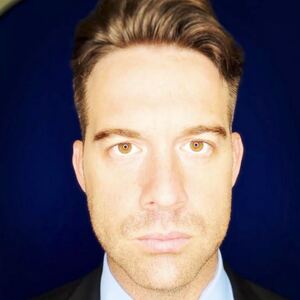