Alan Autry net worth: Alan Autry is an American politician, actor, and former professional football player who has a net worth of $3 million dollars. Alan Autry, also known as Carlos Alan Autry, was born in Shreveport, Louisiana, and grew up traveling around the south working in cotton fields with his parents. When he was 12, the family settled in Riverside, California, where he began playing football. He went on to receive a football scholarship to the University of the Pacific, and the Green Bay Packers drafted him in 1975. He played three games as their starting quarterback before being dropped from the team. He relocated to Los Angeles to focus on an acting career, and went on to guest starring, recurring, and co-starring roles on such shows as "Best of the West", "St. Elsewhere", "Newhart", "Hunter", "The Dukes of Hazzard", "The A-Team", and "Cheers". He is most widely recognized for his co-starring roles on "In the Heat of the Night" and "Grace Under Fire". He left Hollywood behind in the mid-90s. He was the Mayor of Fresno, California from January 2001 to January 2009. 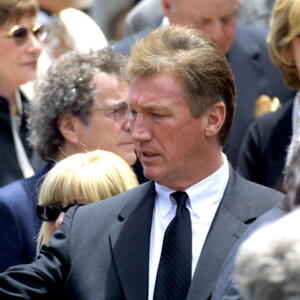