What is Alan Alda's Net Worth and Salary?

Alan Alda is an American actor, director, and writer who has a net worth of $50 million. Alda has earned his net worth through his many acting roles in stage, film, and television projects. He is also a voice actor and has written the books "Never Have Your Dog Stuffed" (2006), "Things I Overheard While Talking to Myself" (2007), and "If I Understood You, Would I Have This Look on My Face?" (2017).

Alan Alda was born Alphonso Joseph D'Abruzzo on January 28, 1936, in New York City. His father, Robert, was a singer and actor, and his mother, Joan, was a former beauty-pageant winner and a homemaker. Robert was born Alfonso Giuseppe Giovanni Roberto D'Abruzzo, but he used the stage name Robert Alda, which he came up with by combining the first two letters of Alfonso and D'Abruzzo. As a child, Alan traveled around the country due to his father's job as a burlesque theatre performer. At age 7, Alan contracted polio, and for six months, he underwent treatment in which his parents wrapped "scalding blankets…around his limbs every hour." He attended Archbishop Stepinac High School, and as a junior, he studied in Paris, appeared in a stage production in Rome, and performed on a televion show in Amsterdam with his father. Alda then enrolled at Fordham University, where he joined the ROTC, and he graduated with a Bachelor of Arts degree in English in 1956. After college, he spent six months serving in the U.S. Army Reserve and was deployed to Korea. Alan's parents divorced in 1946, and Robert later married actress Flora Marino; Alda's half-brother, Anthony, was born in 1956.

At the peak of his time on "M*A*S*H" Alan was not only the highest paid actor on the series but the highest paid actor on television. From 1980 onward, seasons 9, 10 and 11, Alan earned $300,000 per episode, which was a stunning amount at the time. That salary per episode worked out to around $6 million per season. After adjusting for inflation, that's the same earning $20 million per season for three seasons in today's dollars. 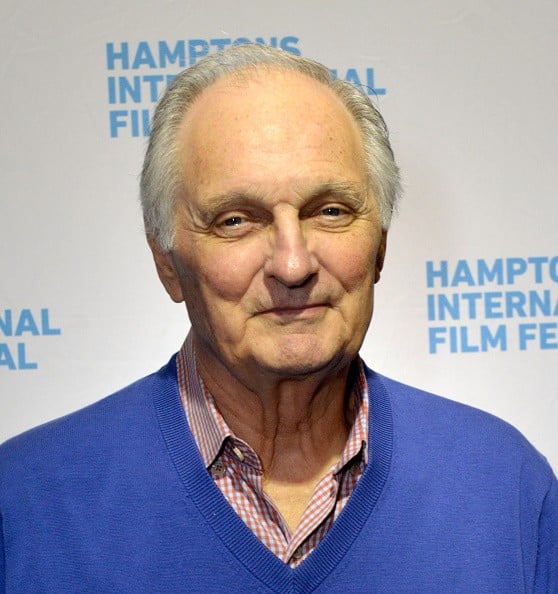 Alan is passionate about charity work, and in 2005, he narrated the special "Fighting for Life" for St. Jude Children's Hospital. He has supported Clothes Off Our Back, Feeding America, and HELP USA, and in the early 1990s, he and Arlene formed the Jenjo Foundation, which focuses on "early childhood, youth development, violence prevention, and microenterprise organizations that serve the needs of women and families."

Alda is interested in science and hosted the series "Scientific American Frontiers" from 1993 to 2005. Stony Brook University hired him as a visiting professor in 2010, a year after he founded their Alan Alda Center for Communicating Science. Alan has served on the boards of the Future of Life Institute and World Science Festival, and in 2014, the Society for Technical Communication named him an Honorary Fellow. He was awarded the James T. Grady-James H. Stack Award for Interpreting Chemistry for the Public (2014), the National Academy of Sciences Public Welfare Medal (2016), and the Distinguished Kavli Science Communicator award (2021). Alda is an advocate of women's rights and co-chaired the Equal Rights Amendment Countdown campaign with First Lady Betty Ford.

Alda has been nominated for 16 Golden Globes, winning six times for "M*A*S*H." He earned an Academy Award nomination for Best Performance by an Actor in a Supporting Role for "The Aviator," and he has won six of the 34 Primetime Emmys he's been nominated for, taking home the prize five times for "M*A*S*H" and once for "The West Wing." Alan won an American Movie Award for "The Seduction of Joe Tynan" in 1980 and was named Favorite Star – Male in 1982. He earned three Directors Guild of America awards for directing "M*A*S*H," and he has won seven People's Choice Awards (Favorite Male TV Performer five times and Favorite All-Around Male Entertainer twice). The Writers Guild of America honored Alda with a Valentine Davies Award in 2000 and gave him the Episodic Comedy award for the "M*A*S*H" episode "Dear Sigmund" in 1977. He received the Life Achievement Award from the Screen Actors Guild Awards in 2019 and the Gold Derby Awards in 2009, and he was named Male Star of the Year at the Golden Apple Awards in 1974 and 1979.

Alan won a Humanitas Prize for the "Dreams" episode of "M*A*S*H" in 1980, and that year he was also named the Hasty Pudding Theatricals Man of the Year. He received a Founders Award from the International Emmy Awards in 2012 and the Dick Cavett Award at the 2018 Hamptons International Film Festival. Alda was also nominated for a Grammy for Spoken Word Album for "Things I Overheard While Talking to Myself" and earned Tony nominations for "The Apple Tree," "Jake's Women," and "Glengarry Glen Ross" and a Drama Desk Award for Outstanding Ensemble Performance for "Glengarry Glen Ross." He has received honorary degrees from several universities, including Saint Peter's University, Fordham University, Wesleyan University, Carnegie Mellon University, and Stony Brook University. In 1994, Alan was inducted into the Television Hall of Fame.

In 2000, Alan and Arlene paid $4.9 million for two adjoining apartments in Manhattan's Park Millennium building. The two units measure 1,528 square feet and 878 square feet, and in 2008, the couple bought another adjoining apartment (measuring 1,284 square feet) for $3 million. The Aldas have also owned homes in Watermill, New York, and the Pacific Palisades, Bel Air, and Brentwood areas of Los Angeles. They sold their 3,169 square foot Bel Air home for $1 million in 2003 and their 3,072 square foot Brentwood residence for $1.395 million in 2005. 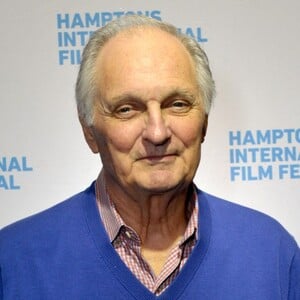