What is Al Pacino's net worth and salary?

Al Pacino is an American Actor of both stage and screen who has a net worth of $120 million. With a career that has spanned more than five decades, Al Pacino is considered one of the greatest actors of all time. As of this writing he has won an Academy Award, two Tony Awards and two Primetime Emmy Awards. His notable films include The Godfather (pars 1, 2 and 3), Serpico, Scent of a Woman, Heat, Donnie Brasco and The Irishman, among many others.

Al Pacino was born Alfredo James Pacino on April 25th, 1940 in East Harlem Manhattan. Pacino's parents divorced when he was two years old. Subsequently, Al and his mother moved in with his grandparents in the Bronx. His grandparents were Italian immigrants who, coincidentally, came from Corleone, Sicily. Al's father, who was born in San Fratello, Sicily, moved to Covino, California during Al's childhood.

Pacino did not enjoy school. He attended Herman Ridder Junior High school but dropped out of most classes, minus English. He then auditioned for and was accepted into the High School of Performing Arts. His mother was furious at this decision and, after an argument, Al moved out on his own. He supported himself outside of school with a series of odd jobs including working as a janitor, messenger and a busboy.

Al acted anywhere he could during this time period. He was also frequently unemployed and homeless. He performed in basement plays in NYC's theater underground. He auditioned for acting companies but was largely rejected. He was eventually accepted into HB Studio where the teacher Charlie Laughton took Al under his wing and became a mentor/best friend.

After four years with HB Studio he auditioned and was finally accepted into the Actors Studio, an organization of the country's top professional actors, playwrights and theater directors. He studied method acting under famed coach Lee Strasberg. Pacino would later reflect:

"The Actors Studio meant so much to me in my life. Lee Strasberg hasn't been given the credit he deserves … Next to Charlie, it sort of launched me. It really did. That was a remarkable turning point in my life. It was directly responsible for getting me to quit all those jobs and just stay acting."

In 1967, Al worked for a season at a playhouse in Boston performing in a play called "Awake and Sing!". He earned a then career-high $125 per week from the role.

In 1968, he starred in Israel Horovitz's (father of Beastie Boys' Adam Horowitz) play "The Indian Wants the Bronx". The play ran for 177 performances. Entertainment manager Martin Bergman saw the play and was so impressed by Pacino's performance that he signed the up-and-coming actor on the spot, securing a relationship that would last many fruitful years. It was Bergman who would later pressure Pacino to accept roles in The Godfather, Serpico and Dog Day Afternoon which cemented his standing as one of the best actors in the world.

Al made his film debut in 1969 in the film "Me, Natalie". He would soon follow it up with "The Panic in Needle Park". This gained him enough attention that Francis Ford Coppola cast him in the role of Michael Corleone in  The Godfather. The part would produce Al's first Oscar nomination. Pacino would go on to star in such classics as "Serpico", "And Justice for all", "Dog Day Afternoon" and "The Godfather Part 2" (years later he would also star in "The Godfather Part 3".

The 1980s were somewhat less productive for Pacino. Though, in 1983 he would star as Tony Montana in "Scarface". Despite being critically panned, the movie was a box office success and would go onto become one of Pacino's most memorable and iconic roles.

Other notable film roles in Pacino's career include "Dick Tracey", "Scent of a Woman", "The Devil's Advocate", "Any Given Sunday", "Insomnia", "Phil Spector", "Paterno", "Once Upon a Time in Hollywood" and "The Irishman". He won the 1993 Best Actor Academy Award for "Scent of a Woman". As of this writing he has been nominated for 8 Oscars, with just the one win.

Al earned $35,000 for his role in the first Godfather in 1972. That's the same as around $215,000 today after adjusting for inflation. For the second Godfather his salary was upped to $500,000, which is the same as $2.6 million in today's dollars. More importantly, he earned 10% of the film's gross after break-even, which over time would translate into tens of millions in bonus earnings. For the third installment, Al demanded $7 million plus a percentage of gross receipts BEFORE costs, Francis Ford Coppola refused and even threatened to make the opening scene of the third movie, Michael Corleone's funeral. Al eventually accepted a flat $5 million.

Al has a multi-year ongoing deal with HBO that guarantees him a flat payday of $10 million for any feature film he stars in for the network. So far three films have been produced through this deal, "You Don't Know Jack", "Paterno" and "Phil Spector". 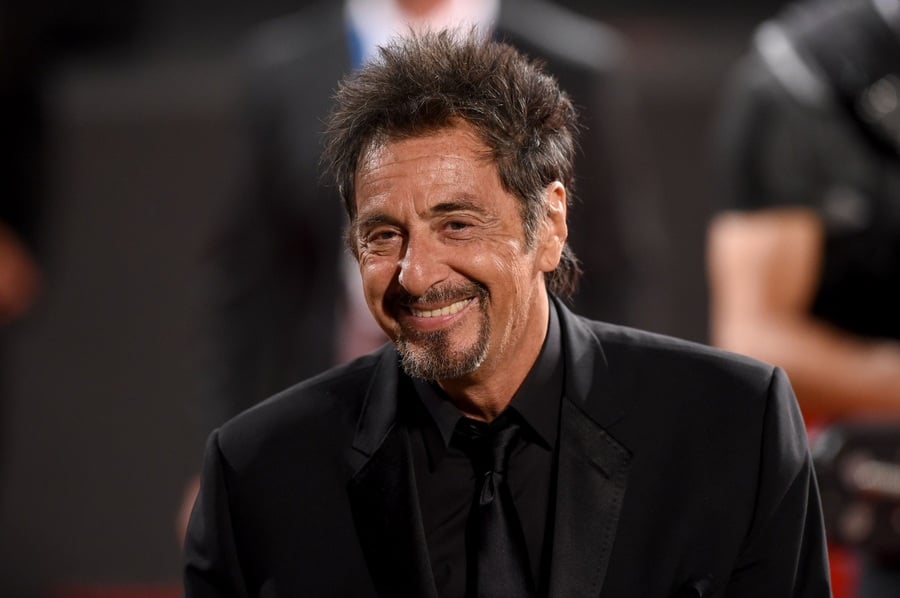 Al Pacino, along with Robert De Niro and Joe Pesci each earned a reported $20 million to appear in Martin Scorsese's 2019 Netflix drama "The Irishman". Those three salaries alone took up a little under half of the film's total budget. It's a career high salary (before backend royalties) for all three actors.

He currently lives in Beverly Hills California and New York City. His Beverly Hills residence for the last 10+ years has been a mansion which he actually rents. When he first moved in, the home was owned by the late novelist Jackie Collins. In 2016, Jackie's estate sold the home and the house next door for a total of $30 million, though Pacino has been able to remain a renter.

Pacino has long owned a large property in the town of Palisades, New York. He has also at times owned properties in New York City but has also chosen to rent there in recent years. Apparently Al is more of the renting type!

Al Pacino has a net worth of $120 million. He is an American acting icon who for more than two decades has earned $10+ million per acting role, no matter how big or small. He has never been married, though he does have three kids and has been in multiple long-term relationships.