Aksel Hennie net worth: Aksel Hennie is a Norwegian actor, director, and screenwriter who has a net worth of $5 million. Aksel Hennie was born in Lambertseter, Oslo, Norway in October 1975. As an actor he has starred in the films Bloody Angels, Jonny Vang, Wolf Summer, Buddy, Cry in the Woods, Hawaii, Oslo, Uno, Cold Lunch, Through a Glass, Darkly, Max Manus: Man of War, A Somewhat Gentle Man, Age of Heroes, Headhunters, 90 Minutes, Pioneer, Hercules, Last Knights, and The Martian.

Hennie wrote and directed the 2004 movie Uno and produced the 2012 film 90 Minutes. He has won four Amanda Awards, Norway and also won awards from the Berlin International Film Festival and the Brussels European Film Festival. 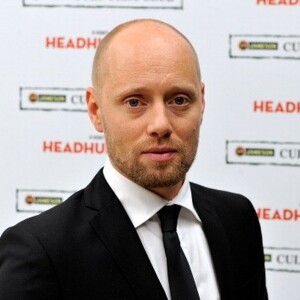