She was born in Mangalore, Karnataka, India, into a Tulu-speaking Bunt family. Her mother Brindya was a housewife and her father Krishnaraj was a marine biologist. Her older brother, Aditya Rai, is an engineer in the merchant navy, and also co-produced one of her movies, Dil Ka Rishta, in 2003. Aishwarya took classical dance and music lessons for five years during her teens. She attended Raheja College to become an architect, however, she quickly gave that up to work on her modeling career.

When she was in the ninth grade she completed a modeling assignment for Camlin Pencils. In 1991, Rai was one of the model contestants in the Ford Supermodel Contest and also appeared in Vogue Magazine. She would eventually appear on the cover of Vogue multiple times.

Her popularity soared after she appeared in a Pepsi commercial alongside Aamir Khan. Interestingly, she is the only celebrity to endorse both Coke and Pepsi at various points.

She is also very active in social work, for instance, in 2004 she helped raise money for victims of the 2004 tsunami and earthquake, through an event called, the HELP! Telethon Concert. Also, in 2009, she was appointed the first Goodwill Ambassador of Smile Train.

Aishwarya met actor, producer, and television presenter, Abhishek Bachchan in 1997. They were married in 2007, and welcomed their first child in November 2011. Bachchan comes from a large Indian family, of whom many members have been a part of the Indian film industry. 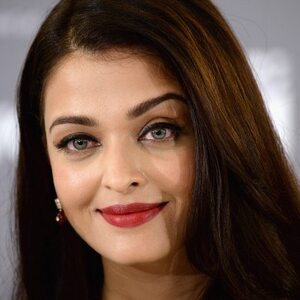