Aisha Hinds net worth: Aisha Hinds is an American actress who has a net worth of $3 million. Aisha Hinds was born in Brooklyn, New York in November 1975. She has starred on stage in addition to on television and in film. Hines starred as Mona Gomez on the television series Invasion from 2005 to 2006.

From 2010 to 2011 she starred as Lieutenant Maureen Mason on the TV series Detroit 1-8-7. Aisha Hinds starred as Carolyn Hill on the series Under the Dome from 2013 to 2015. In 2018 she began starring as Henrietta "Hen" Wilson on the television series 9-1-1. Hinds has also had several recurring roles on the TV series The Shield, Dollhouse, Hawthorne, True Blood, Weeds, Cult, NCIS: Los Angeles, Underground, Shots Fired, and Unsolved: The Murders of Tupac and the Notorious B.I.G. She has also appeared in several films and episodes of TV series including Assault on Precinct 13, Madea Goes to Jail, Prison Break: The Final Break, The Next Three Days, Star Trek Into Darkness, NYPD Blue, Blue's Clues, ER, Crossing Jordan, Boston Legal, Medium, Judging Amy, It's Always Sunny in Philadelphia, Lost, Stargate SG-1, Cold Case, Bones, Law & Order: Special Victims Unit, Prison Break, Desperate Housewives, CSI: Miami, and more. 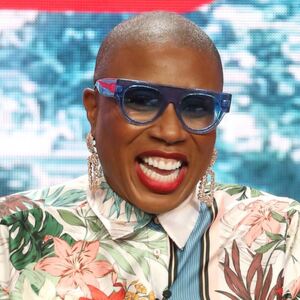