Aimee Osbourne net worth: Aimee Osbourne's net worth is $5 million dollars. Aimee Osbourne is the oldest of three children born to musician Ozzy Osbourne and TV personality/band manager Sharon Osbourne. She also has three half siblings from Mr. Osbourne's previous marriage, and an adopted brother.

She was the only member of her family who refused to participate in the hit MTV reality series, "The Osbournes", which ran from 2002 to 2005. She later stated that, at age 17, having her life splashed all over for the public to see, was not something with which she was comfortable. Though she has appeared in a number of documentaries about her family, and played a role in a 2003 television production of "Wuthering Heights", she has largely chosen to remain out of the public eye, and rarely joins her family for appearances on talk shows, or at awards ceremonies.

As a recording artist, she has released a number of singles with the synth pop band ARO, including "Raining Gold" and "House of Lies." On television, Osbourne played Raquelle in an MTV adaptation of "Wuthering Heights," and on the big screen, lent her voice to the animated children's film "Postman Pat: The Movie."

Early Life and Career Beginnings: Aimee Osbourne was born in 1983 in London, England to Sharon and Black Sabbath singer Ozzy. She has two younger siblings, brother Jack and sister Kelly, and is of partial Jewish descent on her mother's side. As a child, Osbourne appeared in documentaries and videos pertaining to her dad's career in music. In 1991, she was in an episode of "The Joan Rivers Show" that focused on rock and roll dads. Later, as a teenager in 1998, she was a guest on "The Howard Stern Show," and was featured on the VH1 documentary series "Behind the Music" in an episode about her father. 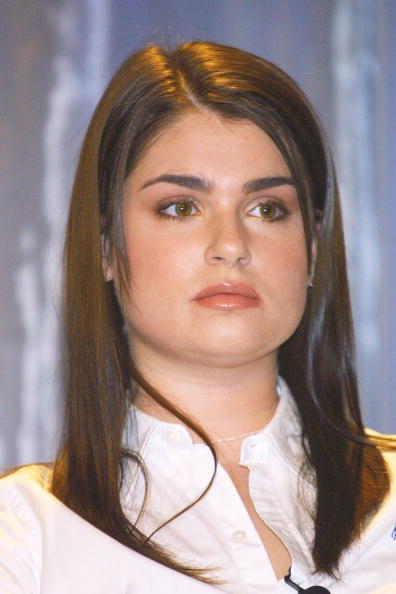 Mainstream Success and "Wuthering Heights": Although her siblings Jack and Kelly were gaining fame in the early 2000s for appearing on the family's MTV reality series "The Osbournes," Aimee Osbourne declined to be a part of the show. She felt that being on it would typecast her, and ultimately jeopardize her music career. Instead, Osbourne found mainstream success starring in MTV's modern-day adaptation of Emily Brontë's classic novel "Wuthering Heights," playing the character of Raquelle. Released in 2003, the film also starred Erika Christensen, Mike Vogel, Katherine Heigl, and Christopher Masterson.

ARO: In 2010, Osbourne started recording and releasing music under the name ARO, which are her initials. Five years later, she turned the project into a band, with Billy Mohler on guitar and bass, Rene Arsenault on keyboards, and Brendan Buckey on drums. According to Osbourne, the synth pop band is influenced by artists such as Portishead, Kate Bush, and Massive Attack. From 2015 to 2016, ARO performed its first three live shows in New York City and Los Angeles. Also during this time, the group released the singles "Raining Gold," "I Can Change," and "Cocaine Style."

In the summer of 2020, ARO released its first single in four years, entitled "Shared Something With the Night"; it was followed by another single, "House of Lies." Subsequently, the band announced the forthcoming release of "Vacare Adamaré," its first studio album.

Personal Life and Real Estate: From 2004 to 2005, Osbourne was in a relationship with Australian musician Rai Thistlewayte, who was a member of the band Thirsty Merc. Beyond this relationship, not much is known about Osbourne's private life. The singer and actress prefers to stay away from the spotlight, and tends to focus more on her professional career than romantic escapades.

In 2017, Osbourne purchased a 1930s home in the Hollywood Hills for around $2.76 million. Surrounded by terraced gardens, the two-bedroom, two-and-a-half bathroom estate boasted vaulted ceilings, a designer-done kitchen, a step-down living room, and a guest bedroom with a corner fireplace. Outside, stone steps led to a landscaped swimming pool with a detached guesthouse. Osbourne sold the property in June of 2018, making a quick turnaround. Previously, she had lived in a 1,620-square-foot Spanish home in West Hollywood. 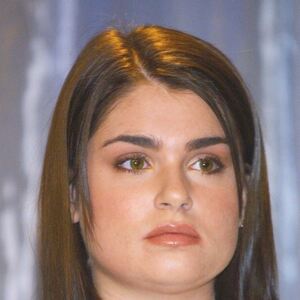