Aidan Gillen Net Worth and salary: Aidan Gillen is an Irish actor who has a net worth of $8 million. Born Aidan Murphy in 1968 in Drumcondra, Dublin, Ireland, Aidan Gillen started acting as a teenager during the mid-'80s. He appeared in several theater productions, including a Dublin Youth Theatre showing of "A Midsummer Night's Dream".

He made his on-screen debut in the short movie "The Drip" in 1985 before appearing in 1987's "The Lonely Passion of Judith Hearne" and 1988's "The Courier". Nearly a decade later, Gillen landed his first major TV role as Stuart Alan Jones on ten episodes of the BBC series "Queer as Folk". He went on to appear as Tommy Carcetti in close to three dozen episodes of HBO's "The Wire" between 2004 and 2008. Gillen has also had bigger roles in "Identity", "Love/Hate", "Game of Thrones", and "Other Voices". His other film credits include "The Final Curtain", "Shanghai Knights", "Burning the Bed", "Trouble with Sex", "12 Rounds", "The Dark Knight Rises", "Shadow Dancer", "Mister John", "Beneath the Harvest Sky", "Calvary", "Treacle Jr.", "Wake Wood", and "Blackout". Gillen has dozens of stage appearances to his name, including 1991's "The Patriot Game" at the Abbey Theatre, 1995's "Mojo at the Royal Court Theatre, 2005's "Someone Who'll Watch Over Me" at the New Ambassadors Theatre, and 2007's "Glengarry Glen Ross" at the Apollo Theatre. He has been nominated for several awards, winning the Irish Film and Television Award for Actor in a Lead Role Television for "The Wire" in 2009. He earned one BAFTA nod for "Queer as Folk" for Best Actor in 2000. In addition to acting, Gillen has narrated a handful of audiobooks, including Roddy Doyle's "The Barrytown Trilogy: The Commitments". 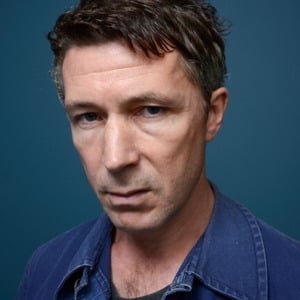