Aidan Gallagher net worth: Aidan Gallagher is an American actor who has a net worth of $2 million. He is best known for starring on the TV series Nicky, Ricky, Dicky & Dawn and The Umbrella Academy.

Aidan Gallagher was born in September 2003. From 2014 to 2018 he starred as Nicky Harper on the Nickelodeon television series Nicky, Ricky, Dicky & Dawn. Gallagher began starring as Number Five on the Netflix TV series The Umbrella Academy in 2019. He appeared in an episode of the TV series Modern Family in 2013. Aidan Gallagher appeared in the shorts You & Me in 2013 and We Make That Lemonade in 2014. He appeared in the TV movies Jacked Up in 2013, Nickelodeon's Ho Ho Holiday Special in 2015, and Nickelodeon's Sizzling Summer camp Special in 2017. Gallagher was nominated for a Young Artist Award in 2016 and for Kids' Choice Awards in 2016 and 2017 for Nicky, Ricky, Dicky & Dawn. 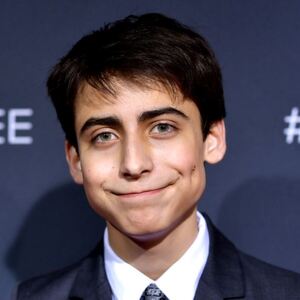