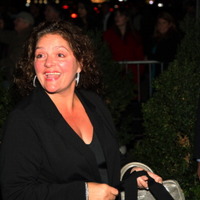 What is Aida Turturro's Net Worth?

Aida Turturro is an American actress who has a net worth of $5 million dollars. Aida Turturro is best known for her role as Janice Soprano on the HBO crime drama television series "The Sopranos." Among her other television credits, she had recurring roles on "Law & Order: Special Victims Unit" and "The Blacklist." Turturro has also appeared in many films, including "What About Bob?," "Junior," "Sleepers," "Romance & Cigarettes," and "Rob the Mob."

Aida Turturro was born on September 25, 1962 in the Brooklyn borough of New York City to Dorothy and Domenick. She is of Italian ancestry, with her mother hailing from Sicily. Her cousins are actor and director John Turturro and actor Nicholas Turturro. For her higher education, she went to the State University of New York at New Paltz, from which she obtained her bachelor of arts degree in theatre.

Turturro made her debut on television in 1990 with an appearance on "Law & Order." Three years later, she was in an episode of the anthology series "TriBeCa." Turturro had her first main role on television in 1995 on the Dick Wolf series "The Wright Verdicts"; however, the show was canceled after six episodes. She subsequently appeared in episodes of "New York News," "Mr. & Mrs. Smith," and "The Practice." Turturro began her most famous role in 2000 when she joined the HBO crime series "The Sopranos" in its second season. She played Janice Soprano, the eldest child of Johnny Boy Soprano and Livia Soprano and the elder sister of Tony Soprano. Turturro remained in the role through the sixth and final season of "The Sopranos" in 2007. For her work, she received Emmy Award nominations for Outstanding Supporting Actress in a Drama Series in both 2001 and 2007.

Following the end of "The Sopranos," Turturro had a three-episode arc as Sheryl Hawkins on the medical drama series "ER." She went on to appear in episodes of the supernatural drama series "Medium"; the medical series "Mercy"; the sitcom "Curb Your Enthusiasm"; another medical series, "Nurse Jackie"; and the police procedural series "Blue Bloods." In 2013, Turturro began playing the recurring role of Judge Felicia Catano on "Law & Order: Special Victims Unit"; she continued appearing in the role through 2021. During this time, Turturro also appeared on such shows as "Unforgettable," "Brooklyn Nine-Nine," "The Night Of," "Grey's Anatomy," and "Criminal Minds: Beyond Borders." From 2017 to 2021, Turturro had another recurring role on the crime thriller series "The Blacklist," playing Heddie Hawkins. Among her other credits, Turturro played the titular character in the "Gail" episode of the horror-comedy series "What We Do in the Shadows." 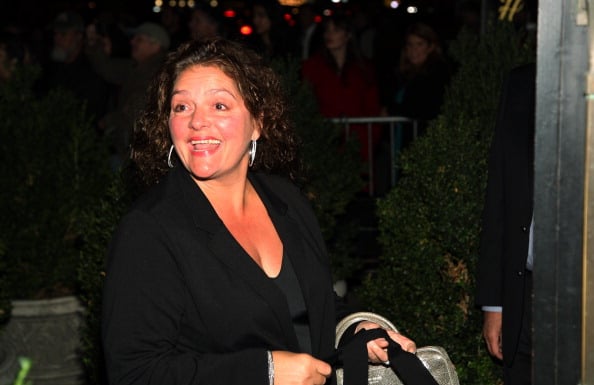 On the big screen, Turturro made her debut in the 1989 comedy film "True Love," starring Annabella Sciorra and Ron Eldard. Critically acclaimed, the film won the Grand Jury Prize at the Sundance Film Festival. Turturro next appeared in the 1991 comedy "What About Bob?," in which she played a prostitute. The year after that, she was in the romcom "Jersey Girl" and the acclaimed drama "Mac," the latter of which was directed by her cousin John. In 1993, Turturro had roles in "The Saint of Fort Washington" and "Life with Mikey"; she was also in "Manhattan Murder Mystery," directed by Woody Allen. Her subsequent credits were "Angie," "The Search for One-eye Jimmy," "Junior," "Denise Calls Up," "Stonewall," and "Money Train." Turturro then appeared in the legal drama "Sleepers" and the anthology film "Tales of Erotica." She had her most prolific year on film yet in 1998, appearing in a whopping eight films, including "Fallen," "Too Tired to Die," "OK Garage," and "Jaded." Also that year, Turturro appeared in her second Woody Allen film, "Celebrity," and was in her cousin John's romantic comedy "Illuminata." She closed out the decade with another huge year in 1999, appearing in such films as "The 24 Hour Woman," "Freak Weather," "Bringing Out the Dead," and "Play it to the Bone."

Turturro began the new century with a small part in Stanley Tucci's drama "Joe Gould's Secret." She next appeared in the action-comedy sequel "Crocodile Dundee in Los Angeles" and the dramedy "Sidewalks of New York." In 2005, Turturro was in her third film directed by her cousin John, "Romance & Cigarettes." The musical romantic comedy features an ensemble cast including James Gandolfini, Susan Sarandon, Kate Winslet, Mandy Moore, Christopher Walken, Steve Buscemi, and many others. Turturro didn't have another film until 2010, when she appeared in the dramedy "A Little Help." Following this, she was in the Italian film "Mozzarella Stories." In 2013, Turturro appeared in the comedy "Fading Gigolo," her fourth film directed by her cousin John. Her other credits have included the romantic crime film "Rob the Mob"; the mystery crime film "Making a Killing"; the drama "Head Full of Honey"; and the dramedy "Call Jane."

Turturro has type 2 diabetes, having been diagnosed in 2001. In terms of her relationships, she is single.