Ahna O'Reilly net worth: Ahna O'Reilly is an American actress who has a net worth of $3 million dollars. Born February 17, 1985 in Palo Alto, California, she began her acting career in 2003 when cast in the film, Bill the Intern. Best known for her roles in The Help (2011), Forgetting Sarah Marshall (2008) and Fruitvale Station (2013), she also appeared in the following films/TV programs/short films and videos (between 2004 and 2014): Dinocroc, Succubus: Hell-Bent, Good Time Max, Nancy Drew, CSI: NY, Unhitched, Just Add Water, Incitement, 5 Nights in Hollywood, Herpes Boy, Crazy/Sexy/Awkward, House Under Siege, 0s & 1s, Girls! Girls! Girls!, The Vampire Diaries, Prime Suspect, From the Head, I Am Ben, The Tournament Challenge Challenged, The Time Being, The Perfect Fit, Miss Dial, CBGB, Teddy Bears, Jobs, As I Lay Dying, Lucky Them, She's Funny That Way, How I Met Your Mother.

O'Reilly graduated from Menlo (School) in the heart of Silicon Valley in 2003 and also attended the University of Southern California in Los Angeles for one year. She reportedly dated fellow actor James Franco between 2006 and 2011. Cast as Dewey Dell Bundren in the film version of William Faulkner's 1930 classic novel, As I Lay Dying, O'Reilly was directed by former boyfriend James Franco. In an October 2013 interview with The Hollywood Reporter, she gave high praise to Franco's directorial debut. In a November 2013 interview with Popsugar.com, O'Reilly confirmed the rumor that she will again be teaming up with James Franco in a movie adaptation of another William Faulkner book, The Sound and the Fury, in 2014. 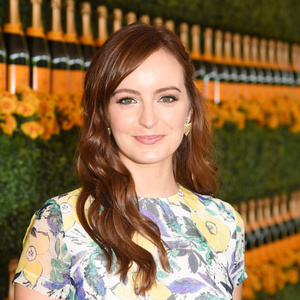