Ahmad Givens net worth: Ahmad Givens was an American rapper and reality television personality who had a net worth of $300,000. He was best known by his stage name "Real" and for his work with VH1 – specifically on the television shows, Real Chance of Love, I Love New York, and I Love Money. Givens and his brother Kamal (Chance) Givens were the stars of the 2009 dating show Real Chance of Love. Fifteen women competed for their hearts in more than 11 episodes.

Ahmad Givens was born in 1982 in South Los Angeles and was raised on a horse ranch in Northern California with his brother Chance. Givens was extremely religious and called himself a God-fearing man and a "servant of God." In the shows, he was known to be Chance's more reserved brother, who was very prone to cry, with or without his sibling. He described himself as kind, loving, adventurous, honest and outgoing and he said people told him he was funny. He loved horses and continued to raise Arabian horses in Orange County were he was residing before his death.

In 2013, Ahmad Givens was diagnosed with stage 4 colon cancer. He underwent surgery that appeared to have helped, but several months later, the cancer returned and he began chemotherapy treatments. Sadly, the cancer did not respond to treatment, and he passed away in February 2015. He is survived by his wife Racquel, who he called his 'number one nurse,' and his son Mahdi. 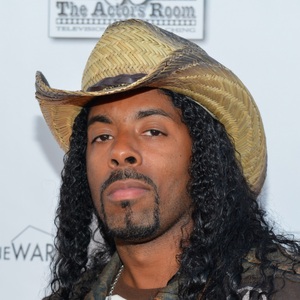