Agnes Bruckner Net Worth: Agnes Bruckner is an American actress who has a net worth of $2 million dollars. Agnes Bruckner was born August 16, 1985 in Hollywood, California. She started her acting career in the late '90s and has since appeared in several films, including The Woods, Blue Car, Murder By Numbers and The Anna Nicole Story.

Bruckner speaks some Russian and is fluent in Hungarian, having grown up speaking the language. She has been involved in dance, ballet and tap since the age of five and initially wanted to pursue a career as a dancer. At the age of eight, Bruckner worked as a child model at the suggestion of her mother and also entered a beauty pageant. She lived in Los Angeles until age five then lived in Portland, Oregon until age ten. She returned with her family to Los Angeles to pursue an acting career, moving to Burbank, California. She got her start as a series regular on the daytime drama The Bold and The Beautiful (1997). A year later, she made her feature debut in the drama The Shrunken City (1998). After guest starring on popular series such as Touched By And Angel, The Fugitive and Alias, the young beauty set her heights on feature films. She went on to be cast in a role in the thriller The Glass House (2001) and later appeared in the feature Murder By Numbers (2002). In 2003, Bruckner landed a role in the breakaway Sundance hit Blue Car. In 2007, Bruckner appeared in the horror/romance film Blood and Chocolate and later Say Hello to Stan Talmadge (2008), Kill Theory (2008), Vacancy 2: The First Cut (2009),[6] and The Craigslist Killer (2011). In 2012, she was cast in the leading role of the Anna Nicole Smith Lifetime movie, The Anna Nicole Story. When not filming, Agnes Bruckner enjoys hip-hop and R&B music and particularly likes listening to the bands The Killers and The Fray.

She has stated publicly that she does not participate in "the Hollywood part of Hollywood" and travels or lives at home with her family when not working. 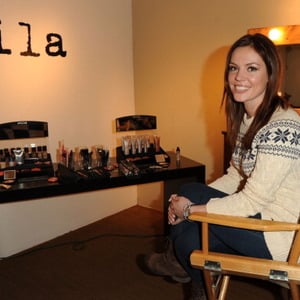