Afshan Azad Net Worth: Afshan Azad is an English model and actress who has a net worth of $1.5 million dollars. Born in Longsight, Manchester, England, in 1988, Afshan Azad studied at Xaverian College in Rusholme. She is famous for her role as Padma Patil in the "Harry Potter" franchise. She made her first appearance in the series in the fourth installment, "Harry Potter and the Goblet of Fire".

Azad has said she only auditioned for "fun" and was surprised to learn she won the part. She grew close to actress Shefali Chowdhury, who played her on-screen twin Parvati, and the actresses who played Ginny Weasley, Cho Chang, and Luna Lovegood. In addition to appearing in "Harry Potter and the Order of the Phoenix", "Harry Potter and the Half-Blood Prince" and both parts of "Harry Potter and the Deathly Hallows", Azad voiced Padma in the video game version of "Harry Potter and the Order of the Phoenix". In 2010, her father and brother were charged with threatening to kill her because she dated a man who was not Muslim. Her brother pled guilty to assault that caused occasionally bodily harm, but both men were found not guilty of making murderous threats. In early 2011, her brother was sentenced to six months in prison stemming from the assault. 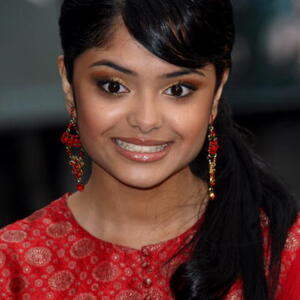