She began her professional acting career in the late 90s, appearing in the film, "School Daze". She has since gone on to steady work in both film and television projects, including, "A Different World", "A Mother's Courage: The Mary Thomas Story", "In the Heat of the Night", "House Party", "The Fresh Prince of Bel-Air", "Amen", "Dying Young", "Double Trouble", "Sister Act", "Sirens", "Chicago Hope", "The Jamie Foxx Show", "Two Shades of Blue", "JAG", "Cover Me: Based on the True Life of an FBI Family", "Touched by an Angel", and "Skin Deep". She also choreographed dance sequences for the film, "School Daze", and has choreographed various music videos. She currently works as a wellness coach, and was the former host of VH1's reality series, "From Flab to Fab". 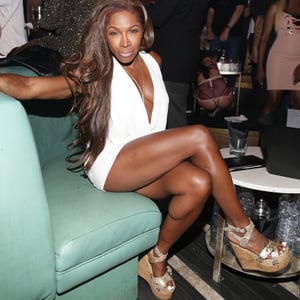