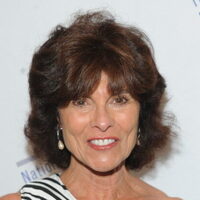 Adrienne Barbeau net worth: Adrienne Barbeau is an American actress and author who has a net worth of $5 million dollars. Adrienne Barbeau was born in Sacramento, California, and began her performing career touring with the San Jose Civic Light Opera. After moving to New York, she worked as a go-go dancer for a time, before making her Broadway debut in "Fiddler on the Roof". She then went on to appear in a number of theater productions in New York, including the Broadway productions of "Women Behind Bars", "The Best Little Whorehouse in Texas", and "Grease". She received a Tony nomination for her performance as Rizzo in "Grease" in 1972. She is most widely recognized for her work as Carol on the hit series, "Maude", and for her starring roles in multiple 80s sci-fi and horror projects, including "The Fog", "Escape from New York", and "Swamp Thing". She has continued to act, appearing in guest starring roles on various television shows and providing voice over work for a variety of cartoons. She has published three books.