What is Adrien Brody's net worth?

Adrien Brody is an American actor and film producer who has a net worth of $10 million. Brody first gained recognition for his role in 2002's "The Pianist," for which he won an Oscar for Best Actor at age 29, making him the youngest actor to win in that category, a record he has held from 2003 until this writing. Even though he received worldwide recognition and acclaim at the age of 29, he is also the only American actor to receive the French César Award.

Adrien Brody was born on April 14, 1973 in Woodhaven, Queens, New York City, to Sylvia Plachy, a photographer, and Elliot Brody, a retired history professor and painter. As a child, Brody began performing magic shows at his peers' birthday parties as "The Amazing Adrien." He went to Joseph Pulitzer Middle School and then attended Fiorello H. LaGuardia High School of Music & Performing Arts, where he attended acting classes. Brody went to summer camp at Long Lake Camp for the Arts in the Adirondacks in upstate New York. He went to Stony Brook University before transferring to Queens College for a semester.

He began acting at age 13 when he appeared in an Off-Broadway play and a PBS TV movie. In 1996, he appeared in "Bullet" with Tupac Shakur and Mickey Rourke. He hovered on the edge of stardom when he received an Independent Spirit Award nod for his role in the 1998 film "Restaurant."

Brody struggled to make a name for himself early in his career, getting roles in lesser-seen films that earned him critical recognition but failed to put him in the public spotlight. His roles in movies like "The Thin Red Line" (1998) and "Summer of Sam" (1999) won him critical acclaim,, but it wasn't until his gripping portrayal of Polish Jew Wladyslaw Szpilman in Roman Polanski's "The Pianist" (2002) that he was thrust him into the limelight. To prepare for the role, he withdrew from society for months, giving up his apartment and car, breaking up with his girlfriend, losing 30 pounds from his 6'1″ frame, dropping him to 130 lbs, and furiously learning how to play Chopin on the piano. For his role, Brody won the Academy Award for Best Actor. At the age of 29, he was the youngest actor ever to win the award, and to date, the only winner under the age of 30. Brody also won a Cesar award for his role.

In 2003, he appeared on "Saturday Night Live", his first TV appearance in the United States, during which he gave a controversial improved introduction while wearing fake dreadlocks and donning a fake Jamaican accent for Jamaican reggae musical guest Sean Paul. The appearance was not sanctioned by showrunner Lorne Michaels, so the introduction caused him to be banned. Later that year, he made appearances on NBC's "The Today Show" and on MTV's "Punk'd" when he was tricked by host Ashton Kutcher. 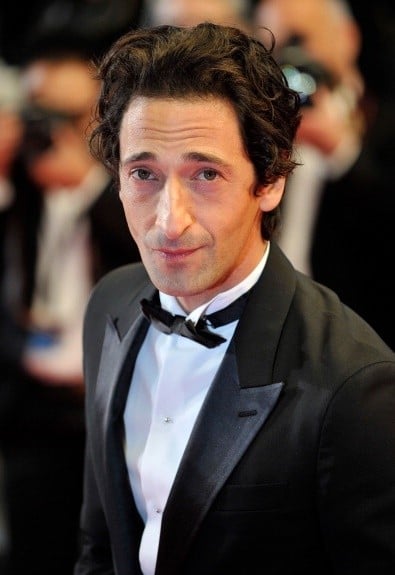 After Adrien found fame and success from "The Pianist," he appeared in "Dummy," where he portrayed Steven Schochet, an aspiring ventriloquist in pursuit of love. For the role, he learned ventriloquism and puppetry under the guidance of actor/ventriloquist Alan Semok. He next played mentally disabled Noah Percy in the film "The Village" by M. Night. Shyamalan. In "The Jacket," Brody played a shell-shocked war veteran named Jack Stars. In 2005, Brody starred in Jack Driscoll's "King Kong" remake, which was a critical and box office success, grossing $550 million worldwide. He next teamed up with Wes Anderson when he played father-to-be Peter Whitman in "The Darjeeling Limited." The same year, he played a detective in "Hollywoodland." Brody expressed interest in playing the role of The Joker in 2008's "The Dark Knight," but both Christopher Nolan and Warner Bros decided to instead cast Heath Ledger in the role. Brody was also in talks around this time with Paramount to play Spock in J.J. Abrams' "Star Trek XI," but lost out on the role to Zachary Quinto. In 2009, he appeared in "Splice," and the following year he played the role of Royce in "Predators." He appeared as Salvador Dali in 2011 in Woody Allen's "Midnight in Paris."

In 2014, he once again collaborated with Wes Anderson in the Oscar-winning "The Grand Budapest Hotel," playing the role of Dmitri. In "Houdini," a History Channel miniseries, Brody received an Emmy nomination for Outstanding Lead Actor in a Miniseries or in a Movie. That same year, he was cast in "Emperor" in the title role. Brody net starred in 2015's "Dragon Blade," which saw financial success in China. He then joined the cast of "Peaky Blinders" in their fourth season. In 2019, he left Paradigm Entertainment and signed on with CAA Creative Artists Agency.

Apart from acting, Brody has also entered the world of fashion as a model for Prada Men Fall/Winter 2012 show. In January 2013, he was named ambassador for the Gillette Fusion ProGuide Styler. More recently he appeared on the 2016 TV show Dice.

He dated Michelle Dupont, a music industry personal assistant, from 2003-2006. She accompanied him to the 2003 Oscars where he won. He dated Elsa Pataky from 2006-2009. In February 2020, it was reported that he was dating English fashion designer and actress Georgina Chapman.

In 2007 Adrien paid $650,000 for a dilapidated 19th-century castle in Cleveland, New York. He reportedly surprised his then girlfriend Elsa Pataky with the castle as a gift for her 31st birthday. She dumped him for Chris Hemsworth about a year later, marrying him one year after that. 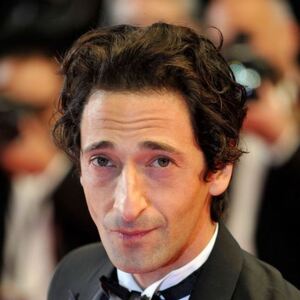