What is Adrianne Palicki's Net Worth and Salary?

Adrianne Palicki is an American actress who has a net worth of $4 million. She is perhaps best known for her starring roles in shows like "Friday Night Lights" and "Agents of S.H.I.E.L.D." More recently, she has gained notoriety for another role in the sci-fi comedy series "The Orville." In terms of her film work, Palicki is known for movies like "Legion," "Red Dawn," "G.I. Joe: Retaliation," and "John Wick."

Adrianne Lee Palicki was born on May 6th of 1983 in Toledo, Ohio. Raised alongside an older brother who eventually became a comic book writer, Adrianne developed a keen interest in comic books and science fiction from an early age.

Palicki began her acting career with a few minor roles in various films before landing a role in the series "Smallville" in 2004. This would be the first of many superhero-related projects that she would become involved with over the years. Adrianne followed up with shows like "Quintuplets," "CSI: Crime Scene Investigation," "The Robinsons: Lost in Space," and "North Shore," although these were brief guest appearances rather than recurring roles. During this period, she also booked a role in the 2005 film "Popstar."

She began to book more substantial TV roles throughout the latter part of the 2000s, starting with "Supernatural." She appeared in four episodes of this superhero TV show. Adrianne played an even more central role in "South Beach," appearing in eight episodes of the show from 2006 onwards.

2006 also saw her book one of the most defining roles of her career in the show "Friday Night Lights." This also proved to be her breakthrough moment, propelling her towards greater success and notoriety in the entertainment industry. Adrianne played the role of Tyra Collette in the series, eventually appearing in no less than 52 episodes over the course of the next five years.

During this period, Adrianne found herself appearing in a number of major films, including "Women in Trouble," Legion," and "Elektra Luxx." She also advanced her voice acting career, playing various roles in the animated series "Robot Chicken" up until 2019. She also booked a voice role in an episode of "Family Guy."

While she was appearing in "Friday Night Lights," Palicki found time to appear in shows like "CSI: Maximum" and "Lone Star." The latter was eventually canceled despite receiving strong reviews from critics. After "Friday Night Lights" came to a close, she found herself appearing in shows like "Criminal Minds," "From Dusk Till Dawn: The Series," and "About a Boy." During this period, she also had more opportunities in film, booking roles in shows like "Red Dawn," "G.I. Joe: Retaliation," "Coffee Town," and "Dr. Cabbie."

After a notable appearance in an episode of the well-received web series "Drunk History" in the mid-2010s, she continued with her television career. Palicki first booked the role of Barbara "Bobbi" Morse in yet another superhero series: "Agents of S.H.I.E.L.D." She eventually appeared in 31 episodes as a main cast member until 2016. Next, Palicki joined the cast of "The Orville." This proved to be a major step forward in her career, and she was nominated for a Saturn Award for Best Actress on Television. Inspired by "Star Trek," this show puts a comedic twist on the age-old sci-fi formula and has been well-received by fans and critics alike.

During this period, Palicki continued to book a wide range of film roles. One of her most notable bookings was in "John Wick," a film that has spawned many sequels over the years. The original 2014 film had Palicki playing the role of Ms. Perkins, and it received positive reviews while raking in over $85 million. In 2017, Adrianne joined the cast of the direct-to-video movie "S.W.A.T.: Under Siege." In 2021, it was announced that she had signed on to the film "With/In: Volume 2." 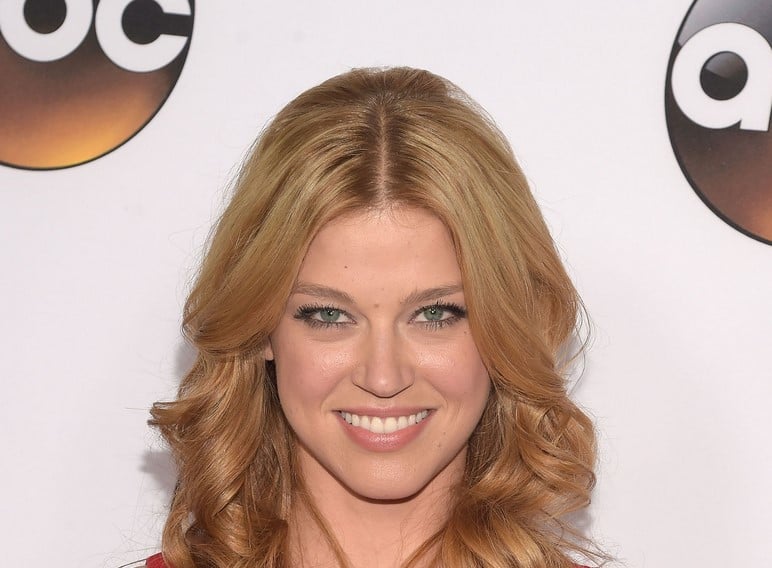 It should be noted that Palicki has appeared in a vast number of television pilots that were never greenlit by the major studios. Many of these pilots involved superheroes and related subjects. In 2004, she was in the unsold pilot "The Robinsons: Lost in Space." In 2006, she booked a major role in the unsold pilot "Aquaman." Palicki later stated that the pilot was not greenlit because of the disruption caused by the merger between The WB and UPN Network. However, this merger led in part to her appearance in "Smallville." In 2011, she booked the lead role in the unsold pilot of "Wonder Woman," and was understandably disappointed when the show didn't move forward. In 2016, she reprised her role as Barbara "Bobbi" Morse in an unsold pilot called "Marvel's Most Wanted."

Outside of film and television, Palicki has appeared in music videos for artists like the Black-Eyed Peas and will.i.am. In addition, she and her brother eric collaborated on a comic book called "No Angel" in 2016, and it was published through Black Mask Studios.

While on the set of "John Wick," Palicki met her former fiancee, stuntman Jackson Spidell. However, the pair never married. Adrianne later met Scott Grimes on the set of "The Orville." These two also became engaged and followed through with their marriage in 2019. Adrianne filed for divorce two months after the wedding. She later filed a request to dismiss the initial divorce filing, which was granted. In 2020, she filed for divorce once again. 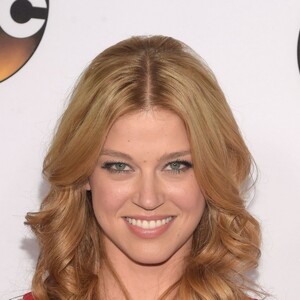