Adriana Fonseca Net Worth: Adriana Fonseca is a Mexican actress and dancer who has a net worth of $6 million dollars. Adriana Fonseca (Castellanos) was born March 16, 1979 in Veracruz, Mexico. She is best known for several roles in Televisa's telenovelas such as La usurpadora as Veronica Soriano (1998), which she landed because she won an acting competition at age 16; Rosalinda as Lucy Pérez Romero (1999); Mariana de la Noche as Caridad "Chachi" Montenegro (2003); Contra viento y marea as Sandra Serrano Rudell (2005); Bajo Las Riendas del Amor as Montserrat Linares (2007).

Fonseca's first protagonistic role was in the soap opera Amigos Por Siempre alongside Ernesto LaGuardia. She combined this soap opera with a theater performance Mama nos quita los novios with famous personalities such as Angelica Maria, Hulio Aleman. In 1999, Fonseca appeared in soap operas such as Gotita de amor and Preciosa but the role of Rosalinda's sister gave her the most exposure. Fonseca then starred with René Strickler in a ten-episode soap opera called Mujer Bonita. She landed a protagonist role in Telemundo's successful telenovela Corazón Valiente as Angela Valdez (2012), alongside Ximena Duque, Aylin Mujica and José Luis Reséndez. 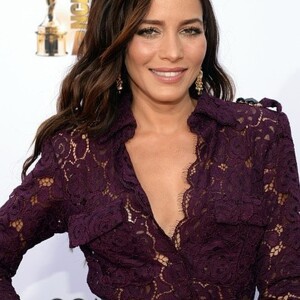