Adrian Pasdar Net Worth: Adrian Pasdar is an American actor and director who has a net worth of $5 million dollars. Adrian Pasdar is best known for his roles in Profit, Near Dark, Carlito's Way, Mysterious Ways, and Heroes. He has been active in the entertainment industry since 1986 and was previously married to Natalie Maines from the Dixie Chicks. Pasdar played the role of the police officer in the Dixie Chicks' music video for "Goodbye Earl," which received awards for Video of the Year in 2000.

Adrian Pasdar was born in Pittsfield, Massachusetts on April 30, 1965. He attended Marple Newtown Senior High School followed by the University of Florida before dropping out after a football injury. He eventually joined the People's Light and Theatre Company where he did sound and lighting.

He is also a member of Band from TV and plays guitar for charity. Pasdar also narrated the audiobook for Queer Fish in God's Waiting Room in 2010.

Personal Life: Adrian Pasdar and Natalie Maines were married on June 24, 2000 in Las Vegas. The family was known to split their time between homes in Los Angeles, Austin, and New York City. Maines filed for divorce from Pasdar in 2017, again citing irreconcilable differences. During their divorce proceedings, Adrian at one point contested the couples' prenup. He also reportedly pleaded poverty despite court filings that showed he had earned $400,000 in 2018. The divorce was finalized in 2019.

In 2007 Natalie and Adrian paid $5.6 million for a home in LA's Brentwood neighborhood. 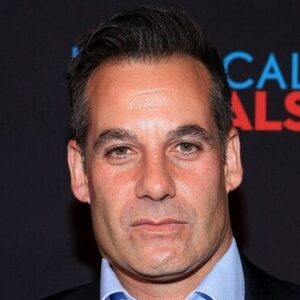