Adrian Lester net worth: Adrian Lester is an English actor, writer, and director who has a net worth of $6 million. Adrian Lester was born in Birmingham, Warwickshire, England in August 1968. He studied acting at the Royal Academy of Dramatic Art in London and has acted on stage, television, and in movies.

Lester starred as Ellis Carter in the television series Girlfriends from 2002 to 2003. In 2008 he starred as Ben Ergha in the TV series Bonekickers. Lester starred as Mickey Stone in the series Hustle from 2004 to 2012. He has also had recurring roles in the TV series Red Band Society, London Spy, and Undercover.  Lester has starred in the movies Primary Colors, Born Romantic, Dust, The Final Curtain, The Day After Tomorrow, As You Like It, Starting Out in the Evening, Doomsday, Case 39, and All Is By My Side. He has also starred in stage productions of Sweeney Todd: The Demon Barber of Fleet Street, Henry V, Cat on a Hot Tin Roof, and Othello. 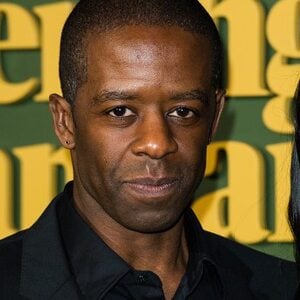