Adrian Grenier Net Worth and Salary: Adrian Grenier is an American actor, musician and director who has a net worth of $12 million. Grenier is probably most famous for starring in the HBO original series, "Entourage."

Early Life: Adrian Grenier was born on July 10, 1976, in Santa Fe, New Mexico. His parents, Karesse Grenier and John Dunbar, never married and broke up when he was just a baby. He was raised by his mother in New York City. Grenier graduated from Fiorello H. LaGuardia High School of Music & Art and Performing Arts. Although he studied molecular biology at Bard College in New York, Grenier recognized acting as his future career shortly after his graduation.

Acting Career: After making his film debut in the independent drama "Arresting Gena" in 1997, he quietly began to climb the ladder of stardom. His first real breakout role was in the teen comedy "Drive Me Crazy" (1999), opposite Melissa Joan Hart. He followed that up in 2001 with "Harvard Man." Grenier's subsequent notable turn was opposite Anne Hathaway in the Meryl Streep blockbuster "The Devil Wears Prada" (2006). It was in 2004 that he landed his big breakthrough portraying Vincent Chase, the mellow movie star on the critically acclaimed show "Entourage" (HBO, 2004-2011). The wildly successful show was nominated for numerous Emmy Awards throughout its eight-season run. In 2013, Grenier starred in the post-apocalyptic film "Goodbye World" alongside Gaby Hoffman, which opened to positive reviews. In June 2015, Adrian and all of his fellow "Entourage" co-stars re-appeared in their roles for the "Entourage" movie.

Directing and Producing: Grenier started a slow transition from acting to directing and producing when he started Reckless Productions in 2001. He aimed to produce socially-minded films through the company. Grenier showed off his directing skills for the first time with the documentary, "Shot in the Dark", in 2002. The film chronicled Grenier's journey to reconnect with his estranged biological father. They had been estranged for 18 years. The film premiered at the 2002 Tribeca Film Festival and HBO distributed the documentary in 2007. In June 2008, Grenier produced a new television series "Alter Eco" on the Discovery communications channel Planet Green. The show featured Grenier and a team of environmental experts showing simple changes that humans can make to live a more eco-friendly and sustainable lifestyle.

In September 2010, HBO premiered another documentary directed by Grenier, "Teenage Paparazzo." The film focused on Austin Visschedyk, a 13-year-old paparazzo, and the celebrity world with which he is obsessed. It featured numerous interviews with various celebrities. Grenier worked on the film as a director and producer for three years. "Teenage Paparazzo" premiered on 40 other outlets around the world and Grenier took the documentary around to college campuses nationwide. Later that year, Grenier began work on the full-length featured documentary "How to Make Money Selling Drugs." It was released in 2013 to positive reviews. 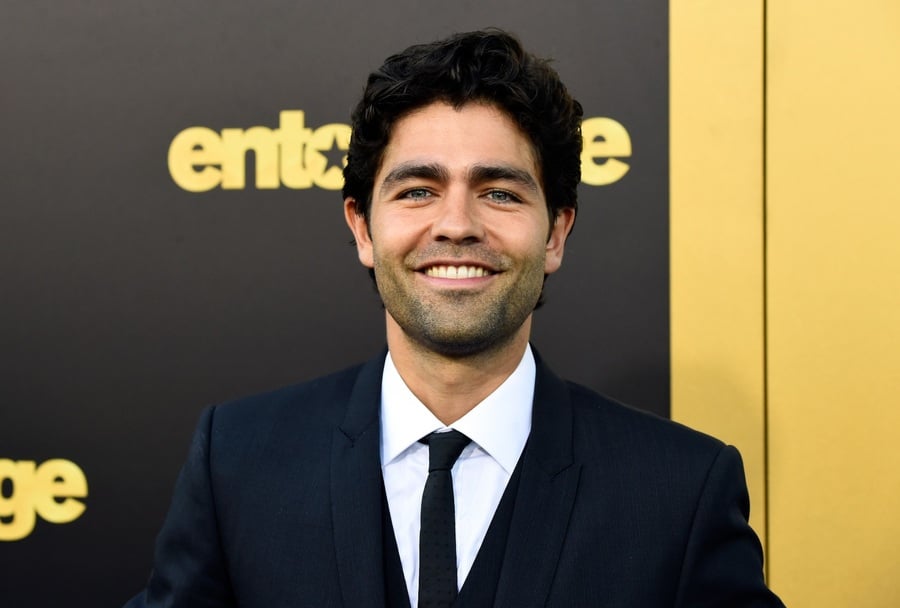 Music Career: Grenier also dabbles in music, playing guitar, bass, drums, and harmonica. He has been a member of two New York based bands: He was the lead singer in Kid Friendly and the drummer for The Honey Brothers. Grenier built Wreckroom, a music incubator and recording studio in May 2012, with the intention of creating a space for friends to write, perform, and record music out of a basement in Brooklyn. Wreckroom became something of an underground success for fresh new talent, with over 50 artists making use of the space in just the first year alone. The next year, Grenier founded Wreckroom Records. Artists are vetted by Adrian and his team and selected musicians join the team for a full day recording session in which they professionally record an original song and film a live-style music video. The Skins were one of the first bands to record in the Wreckroom. Wreckroom also hosts curated music showcases in Austin, Texas, and Brooklyn, and in 2016 Wreckroom did a 3-day takeover of Arlyn Studios.

Other Ventures:  In 2009, Genier launched an eco-themed app, Ecohero, for mobile platforms. The app incorporates barcode-scanning technology to help consumers weigh a product's environmental and health impact. The app also contains a carbon calculator, and eco-encyclopedia, and numerous other features.

Grenier and his business partner Peter Glatzer founded the lifestyle brand SHFT.com in 2010. It promotes sustainability through film, design, art and culture. Its mission is to "nudge sustainable ideas and products into pop culture and to provide context for an inspiring, modern, sustainable way of life." SHFT has partnered with various big brands like Ford, Virgin America, AOL, and Stonyfield Farms. SHFT won two Webby Awards for best website in its category in 2011. Grenier and Glatzer partnered with Stone Barns Center for Food and Agriculture to create SHFT Mobile Kitchen Classroom, a teaching kitchen on wheels for high schoolers in New York City. Through cooking lessons, the classroom is designed to help teenagers more deeply consider the food choices they make and how they are related to environmental and personal health.

Adrian launched his own beer company, Churchkey Can Company, in 2012. Grenier serves as a campus advisor for the Academy of Global Citizenship in Chicago, Illinois.

Real Estate: In 2015 Adrian paid $2.1 million for a 5-story townhouse in the Clinton Hill neighborhood of Brooklyn, NY. 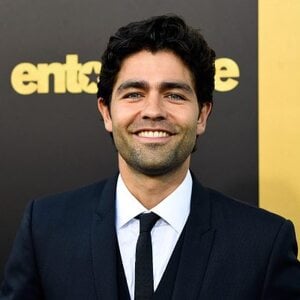