Adrian Chiles net worth and salary: Adrian Chiles is a British television and radio personality who has a net worth of $2 million. Adrian Chiles was born in Quinton, Birmingham, England in March 1967. He earned an English literature degree from the University of London and was an amateur actor. Chiles first worked for Business Breakfast at the BBC. From 2006 to 2009 he hosted the television series The Apprentice: You're Fired!. From 2010 to 2015 he was the chief presenter for ITV Sport's soccer coverage. Chiles has hosted the TV series The One Show, The Money Programme, Working Lunch, and Match of the Day 2. He won a Gold Medal at the Sony Radio Academy Awards for his radio show Chiles on Sunday on Radio 5 Live in 2002. In 2014 Chiles signed a new contract with ITV and took a pay cut of about $1 million pounds per year. In January 2015 he was fired from ITV. 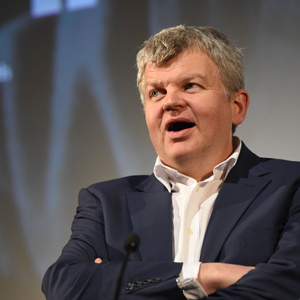