Adhir Kalyan net worth: Adhir Kalyan is a South African actor who has a net worth of $6 million. Adhir Kalyan was born in Durban, KwaZulu-Natal, South Africa in August 1983. He is best known for starring as Timmy Patel on the CBS television series Rules of Engagement from 2009 to 2013. Kalyan starred as Ramal Kirmani in the TV series Fair City from 2006 to 2007.

From 2007 to 2008 he starred as Raja in the series Aliens in America. In 2016 Kalyan starred as Otto Goodwin in the television series Second Chance. In 2009 he had a recurring role as Dr. Raj Paresh on the TV series Nip/Tuck. Kalyan has also starred in the movies Paul Blart: Mall Cop, Fired Up, Up in the Air, Youth in Revolt, High School, No Strings Attached, and Paul Blart: Mall Cop 2. Adhir married actress Emily Wilson in 2016. 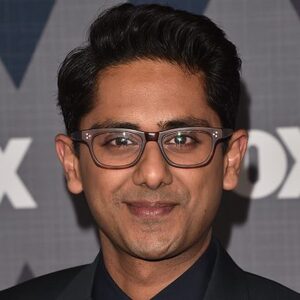