Adelaide Clemens Net Worth: Adelaide Clemens is an Australian actress who has a net worth of $4 million. She was born in November of 1989 and is best known for her work on S-Men Origins: Wolverine, The Great Gatsby, Silent Hill: Revelation 3D, and Love My Way. She can be seen currently on Rectify, an American drama series that's shown on SundanceTV. She was born in Brisbane, Australia to an English father. However, throughout childhood she and her family moved around to various parts of the world, including Cognac, France and Hong Kong. It was here that she went to the Hong Kong International School, before returning to Australia when she was 12. Clemons then finished school at the Queenwood School for Girls. During high school, she started her acting career in high school, where she guest starred in various TV shows. Then in 2009 she moved to Los Angeles in order to further pursue her acting carrer, having already scored some full-length movie roles. Since moving to California, Clemons has appeared in a number of TV shows and movies, continuing to advance her career and land larger roles. Most recently, she appeared in 2014's The Girl Who Invented Kissing, where she played the part of "the girl" and in The Automatic Hate, which is set to be released in 2015. 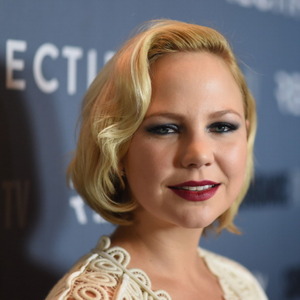