Addison Timlin Net Worth: Addison Timlin is an American actress who has a net worth of $400 thousand dollars. Addison Timlin was born in June of 1991 in Philadelphia, Pennsylvania. She is best known for her role in Californication, in which she played character Sasha Bingham in the show's fourth season on Showtime.

She got her acting start at the age of 14 when she appeared in 2005's Derailed with actor Clive Owen and actress Melissa George, who played the teen's parents. She also appeared in an indy short film, The Isabel Fish, which debuted at the Columbia Film Festival. At this time, Timlin went on to receive a number of television and movie-based roles, working her way up in the Hollywood scene. More recently, she was featured in Stand Up Guys, which is a comedy action film staring Alan Arkin and Christopher Walken. As well as a main role in the TV show, Zero Hour, which lasted for 13 episodes. She is also slated to portray Lucinda "Luce" Price in Fallen, which is an upcoming full-length film based on the novel of the same name. It was written by author Lauren Kate and is scheduled to be released sometime in 2015. 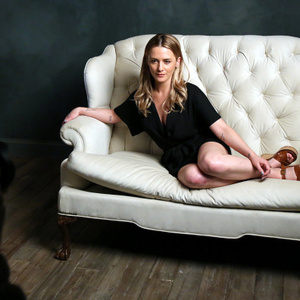