Adan Canto net worth: Adan Canto is a Mexican actor and director who has a net worth of $4 million. Canto is perhaps best-known for playing Sunspot in the 2014 film X-Men: Days of Future Past. He is also known for his role as Paul Torres in the Fox television series The Following.

Canto was born on December 5, 1981 in Acuña, Coahuila, Mexico. Canto moved to Del Rio, Texas while he was a teenager. Canto currently lives in Los Angeles. In addition to his work in X-Men and The Following, he has also appeared in and worked on Mixology, Santiago From the Other Side, On the Edge, and Almost Thirty. Canto has worked alongside better-known actors such as Hugh Jackman, James McAvoy, Michael Fassbander, Jennifer Lawrence, Halle Berry, Ian McKellen and Patrick Stewart. For his role in X-Men: Days of Future Past, Canto performed all of his own stunts. The character of Sunspot is expected to appear again in future X-Men films. Canto enjoys cycling, yoga, running and swimming in his free time.

Real Estate: In 2005, Adan paid $1.5 million for a home in the Hollywood Hills. The seller was actress Mary Stuart Masterson. He listed this home for sale in June 2021 for $2.2 million. 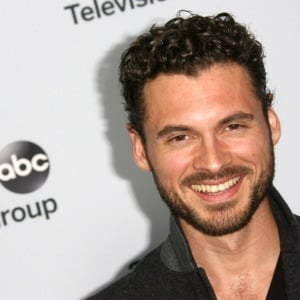