How much is Adam West Worth?

Adam West Net Worth: Adam West was an American actor who had a net worth of $8 million dollars. Adam West was best known for his portrayal of the superhero Batman on the eponymous 1960s television series. He reprised the role numerous times until his retirement, including in the 1966 theatrical feature film. Among West's other credits were the movies "Geronimo," "Robinson Crusoe on Mars," and "The Specialist," and the adult animated shows "Family Guy" and "The Simpsons," on which he played fictionalized versions of himself. Adam West died on June 9, 2017 at the age of 88.

Early Life and Career Beginnings: Adam West was born as William West Anderson in 1928 in Walla Walla, Washington. His mother, Audrey, was an opera singer and concert pianist, while his father, Otto, was a farmer of Swedish descent. Following the divorce of his parents, West moved to Seattle with his mother at the age of 15. There, he completed his high school education at Lakeside School. He subsequently went back to Walla Walla to attend Whitman College, from which he graduated with a BA in literature. Subsequently drafted into the US Army, West became an announcer on American Forces Network television. Afterward, he worked briefly as a milkman.

In the 50s, West moved to Hawaii to pursue a television career. There, he landed a role as a sidekick on a local program called "The Kini Popo Show," which he later hosted. At the end of the decade, West moved with his wife and children to Hollywood. Among his early film credits were the Paul Newman film "The Young Philadelphians"; the Chuck Connors Western "Geronimo"; the romantic comedy "Tammy and the Doctor"; the buddy comedy "Soldier in the Rain"; the science-fiction film "Robinson Crusoe on Mars"; and the adventure film "Mara of the Wilderness." On television, West had guest-starring roles on numerous Westerns, including ABC's "Sugarfoot," "Colt .45," and "Lawman"; on all three, he played frontier gunfighter and dentist Doc Holliday. West also appeared on "Maverick," "Laramie," "The Rifleman," "Perry Mason," and "The Outer Limits," among many other shows, and had a starring role on the third season of the crime drama "The Detectives."

"Batman": West landed his most famous role in 1966, when he was cast as Bruce Wayne and his alter-ego, Batman, on the ABC television series "Batman." In addition to starring on the popular campy show until 1968, West also played the Caped Crusader in a feature-length film version of the same name, released in 1966.

Throughout his career, West often reprised his role as Batman. He played the superhero in the animated series "The New Adventures of Batman," and in other shows including "Tarzan and the Super 7," "The Super Powers Team: Galactic Guardians," and the live-action special "Legends of the Superheroes." Additionally, he has lent his voice to various Batman-related animated programs, including the WB series "The Batman" and the Cartoon Network series "Batman: The Brave and the Bold."

Later Film Career: Following "Batman," West starred in such films as "The Girl Who Knew Too Much," "The Marriage of a Young Stockbroker," "Hell River," "The Specialist," "The Happy Hooker Goes Hollywood," and "One Dark Night." Credits in the 80s and 90s included "Zombie Nightmare," "Doin' Time on Planet Earth," "Omega Cop," "The New Age," "Joyride," and "American Vampire." In the 2000s, West appeared in the biographical drama "Baadasssss!," and did voiceover work for the animated films "Chicken Little" and "Meet the Robinsons." 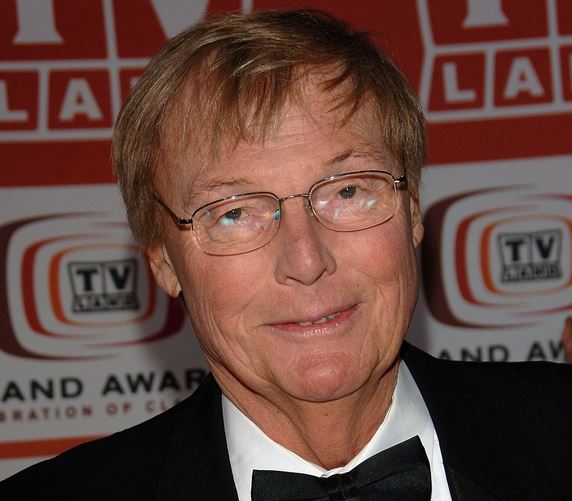 Later Television Career: West guest-starred on a plethora of shows over his acting career. They included "The Big Valley," "Primus," "Mannix," "Alice," "Fantasy Island," "Laverne & Shirley," "Hart to Hart," "Nurses," "Burke's Law," and "30 Rock." He was also in television films including "Poor Devil," "Nevada Smith," "Warp Speed," and "Monster Island." In the 90s and into the new millennium, West's status as a pop culture icon led to him making numerous appearances as himself on shows such as "NewsRadio," "Murphy Brown," "The Drew Carey Show," and "The Big Bang Theory."

One of West's biggest and most notable roles came on the Fox animated series "Family Guy," on which he played the unhinged character of Mayor Adam West for 118 episodes. Due to his distinctive voice, West also did voice acting for animated shows such as "The Simpsons," "Futurama," "Rugrats," "Kim Possible," "The Fairly OddParents," "Jake and the Never Land Pirates," "Penn Zero: Part-Time Hero," and "Moonbeam City."

Video Games: Beyond film and television, West carried over his voice-acting talents to the realm of video games. Among his early credits were the gambling simulation game "Golden Nugget" and the literary adaptation "Goosebumps: Attack of the Mutant." In 2003, he voiced General Carrington in the first-person shooter "XIII," and later lent his voice to the kids' games "Scooby-Doo! Unmasked," "Disney's Chicken Little: Ace in Action," and "Lego Batman 3: Beyond Gotham." West also reprised his role as Mayor Adam West in three "Family Guy" games.

Personal Life: In 1950, West married his first wife, Billie Lou Yeager, whom he had met in college. Six years later, they divorced. He subsequently wed dancer Ngatokorua Frisbie Dawson; they had two children, and divorced in 1962. West's third and final marriage was to Marcelle Tagand Lear in 1970. The pair had two children, and remained together for over 46 years.

At the age of 88 in 2017, West passed away from leukemia. As a tribute to the "Batman" actor, the City of Los Angeles projected the Bat Signal onto City Hall, while West's hometown of Walla Walla shone the signal upon Whitman Tower. 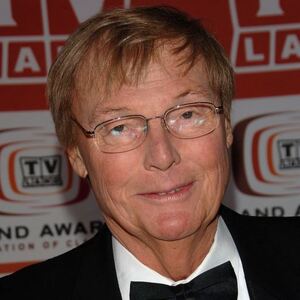