Adam Shulman net worth: Adam Shulman is an American actor who is married to Anne Hathaway and has a net worth of $1 million. Adam Shulman was born on April 2, 1981, in New York City. After attending Brown University in Rhode Island, Shulman began to pursue an acting career full time. He quickly landed small parts in various televisions shows and films. His biggest credit to date is a part in The Dukes of Hazzard back in 2007. A year later, Adam met and began dating actress Anne Hathaway. After dating for three years, the couple was married in Big Sur, California. Outside of acting, Shulman launched a jewelry line called James Banks.

Real Estate: In 2018, Anne decided to sell her home in Connecticut for $2.7 million. She originally purchased the property for $2.79 million, which means that she actually lost $90,000 in the off-market deal. Built in the 1920s, the Colonial-style home offers over 4,500 square feet of living space and lavish outdoor gardens.

In 2020, it was reported that Anne Hathaway was selling her apartment in New York City with an asking price of $3.5 million. The penthouse suite is situated on the top floor of an old mansion constructed more than 100 years ago. From her perch atop the city, Hathaway enjoyed stunning views of Central Park. That is, before she decided to sell the property. She purchased the penthouse just four years prior in 2016 for a sum of $2.55 million. 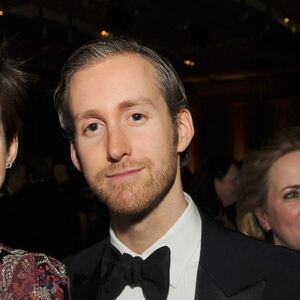