Adam Sevani Net Worth: Adam Sevani is an American actor and dancer who has a net worth of $1.5 million. Adam is best known for playing Robert Alexander III (or "Moose") in the movies: Step Up 2: The Streets, Step Up 3D and Step Up: Revolution.

He was born Adam Manucharian on June 29, 1992, in Los Angeles, California. He first started dancing from a young age at the Synthesis Dance Center, the dancing studio set up by his parents. He followed in his father's footsteps by becoming a professional dancer himself. He soon began appearing in commercials. One of his earliest was for J.C. Penney's Children's Apparel along with fellow child actor/dancer, Alyson Stoner (one in 2004 and one in 2005). Sevani has since showcased his dancing skills in such music videos as: Mase's "Breathe, Stretch, Shake", Will Smith's "Switch", T-Pain's "Church" and a little part in NLT's "That Girl." Adam Sevani also earns the credits for the choreography for NLT's music video for "Karma" and for being a back-up dancer for Kevin Federline's performance on the Teen Choice Awards in 2006. Having formed a dance crew with Jon Chuand several California area dancers, they made the titles for a highly publicized YouTube dance battle with Miley Cyrus. This encounter ended with a final dance off between the two crews at the 2008 Teen Choice Awards. Meanwhile, Adam took part of FlyKidz, a singing group and children's television show on the CBS network. Plus, he could be seen dancing in the live shows for Carnival together with fellow step up 2 actor/choreographer Robert James Hoffman III. Adams' most recognized career turn to date is as a supporting actor in the Step Up triology. This role fetched him the 2008 Young Hollywood Award for 'Best Scene Stealer' in 2008. In 2010, he gave a less notable turn in the American remake of the 2008 French film LOL (Laughing Out Loud), together with Miley Cyrus, Demi Moore and Ashley Greene. 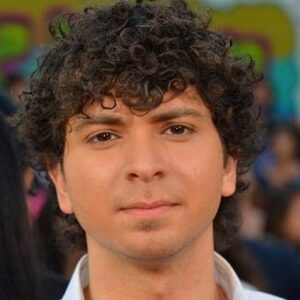