How much is Adam Sessler Worth?

Adam Sessler Net Worth: Adam Sessler is an American businessman and video game writer who has a net worth of $300 thousand dollars. Born in Berkeley, California, in 1973, Adam Sessler graduated from UCLA with an English literature degree. He worked as a credit analyst in San Francisco and landed a part on a local public access TV show, "Chip Weigh Magnet Down". Sessler worked for the ZDTV network and stuck around as it transitioned to TechTV and later G4. He co-hosted "X-Play" and appeared on "Attack of the Show!" to talk about video games, carving out a role for himself as a video game expert and journalist. Sessler produced his own G4 podcast, "Sessler's Soapbox", to discuss gaming until it was taken over by another correspondent in 2011. He and G4TV parted ways for unknown reasons midway through 2012; Sessler then scored a part judging "Viral Video Showdown" on SyFy. Soon after, he landed with Revision3, where he became the executive producer at Rev3Games. Sessler also took on the role of Editor-in-Chief until early 2014, when he left to work outside of video game reporting. His favorite games include "Halo", "Rez", "Rayman", "Sly Cooper", "Shadow of the Colossus" and "Uncharted 2". Sessler currently lives in San Francisco with his wife. 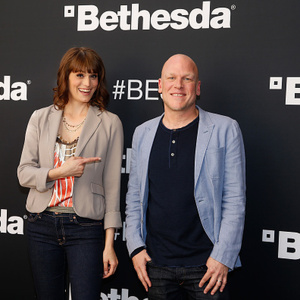