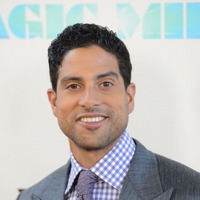 What is Adam Rodriguez's Net Worth and Salary?

Adam Rodriguez is an American actor, screenwriter, and director who has a net worth of $16 million. Rodriguez is perhaps best known for playing the role of Eric Delko on "CSI: Miami," although he is also known for playing the role of Task Force Agent Luke Alvez in the series "Criminal Minds." Outside of television, Adam has been involved with a range of other projects, including films, music videos, writing, and directing.

Adam Mil Rodriguez was born on April 2nd of 1975 in Yonkers, New York. Raised by an airline ticket agent and an executive for the United States Hispanic Chamber of Commerce, Rodriguez comes from a family with Puerto Rican and Cuban heritage. After graduating from a New York high school in 1993, Adam aimed for a career as a professional baseball player. Unfortunately, an injury ended this dream and he was forced to turn to acting instead. Before he broke through in the entertainment world, Rodriguez worked as a stockbroker in New York.

Rodriguez started his entertainment career with appearances in a number of commercials for brands like Coca-Cola. He also got started as a background performer in films, beginning with movies like "The X-Files." Adam's first notable television roles came with shows like "Brooklyn South," "Law & Order," "Felicity," "Roswell," and "NYPD Blue." By the early 2000s, he was also booking minor roles in movies like "The Imposter" and "King Rikki."

During the early 2000s, his TV career also advanced considerably. He booked recurring roles in shows like "All Souls" and "Resurrection Blvd" before joining the main cast of "CSI: Miami." Adam would eventually appear in no less than 219 episodes of this series from 2002 all the way until 2012. His involvement with the show led to other opportunities, as he was given the chance to write and direct the episode "Hunting Ground" in season 9. 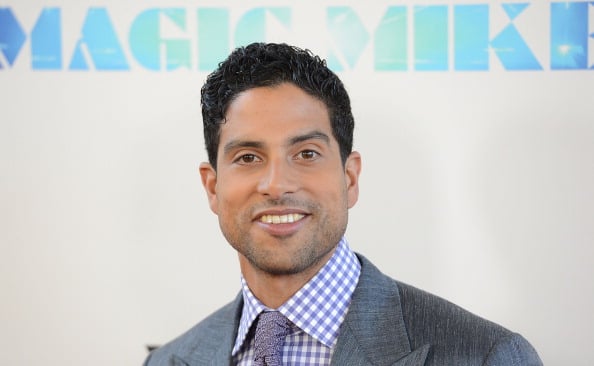 During his time on "CSI: Miami," Rodriguez found time to appear in a number of other television projects. These included "Six Feet Under," "NCIS," "Psych," and more. Adam also started his voice acting career with a voice role in "Kim Possible." One of the most notable roles during this period was in "Ugly Betty," as Rodriguez appeared in 11 episodes as Bobby Talerico. Adam also appeared in an episode of Sesame Street in 2011. His film career also advanced with roles in movies like "Splinter," "Unknown," "Take," and "I Can Do It All By Myself." This Tyler Perry received mostly positive reviews and generated almost $52 million at the box office.

During this period, Adam also booked roles in films like 2012's "Magic Mike." He then reprised his role as Tito in the sequel "Magic Mike XXL." During 2014, Rodriguez appeared in movies like "About Last Night" and "Lovesick." From the late 2010s onwards, Adam continued his television career with a starring role in "Criminal Minds," playing Luke Alvez in 69 episodes. He then followed up with roles in shows such as "Penny Dreadful: City of Angels," "One Day at a Time," and "Ordinary Joe." His film roles during this period came with movies like "CHiPs" and "Incredibles 2."

In addition, Rodiguez is known for appearing in various music videos for the artist Jennifer Lopez.

Adam has been married to model Grace Gail since 2016. They have three children together and have homes in New York City, Los Angeles and Puerto Rico.