Adam Rich net worth: Adam Rich is an American actor who has a net worth of $1 million. Adam Rich was born on October 12, 1968. He grew up in Granada Hills, California. He is best known for playing the role of Nicholas Bradford on the television series Eight Is Enough.

Rich was known for his bowl haircut which inspired parents to get the same look for their young sons. Adam's role on Eight Is Enough led him to become known as "America's little brother". Rich starred as Nicholas Bradford in the TV series Eight Is Enough from 1977 to 1981. From 1981 to 1982 he starred as Danny Blake on the television series Code Red. From 1983 to 1985 Rich voiced the role of Presto the Magician on the series Dungeons & Dragons. He starred in the movies The Devil and Max Devlin and Dickie Roberts: Former Child Star and has also appeared in episodes of the TV series The Six Million Dollar Man, The Love Boat, 3-2-1 Contact, Fantasy island, ChiPs, St. Elsewhere, Silver Spoons, Small Wonder, and Baywatch. Rich has won three Young Artist Awards. 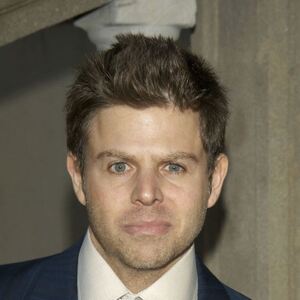