Adam Pally net worth: Adam Pally is an American actor and comedian who has a net worth of $600 thousand dollars. Adam Pally was born in Livingston, New Jersey, and grew up traveling between New Jersey, New York, and Chicago. He began performing sketch comedy while he was in college, training and performing with The Upright Citizens Brigade.

After graduating from The New School in 2004, he began pursuing a career in comedy in earnest. He relocated to Los Angeles, and has since appeared in such projects as "Assassination of a High School President", "The Colbert Report", "Taking Woodstock", "The Indigenous Flowers of Southern California", "Californication", "The Fuzz", "3, 2, 1… Frankie Go Boom", "NTSF:SD:SUV ", "RVC: The Lone Shopping Network", "Iron Man 3", "The To Do List", "Kroll Show", and "Comedy! Bang! Bang!". He is most widely recognized for his work on "Happy Endings", and his co-starring role on "The Mindy Project". 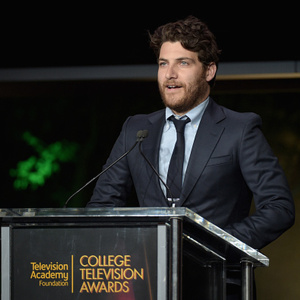