Adam Irigoyen Net Worth: Adam Irigoyen is an American actor, rapper, and singer who has a net worth of $500 thousand dollars. Adam Irigoyen was born in August of 1997 and is best known for his role on the Disney Channel original series, Shake it Up, where he also regularly danced.

He played the character of Deuce Martinez. Hailing from Miami, Florida, Irigoyen began his professional acting career at the age of 11. It was then that he began to appear in commercials and print ads, and then landed a guest role on another Disney Channel show, Wizards of Waverly Place. Since he has continued with slots in Disney productions, as well as appearing in an episode of 2 Broke Girls, and two independent films, Electrical & Natural Gas Safe and Flight and Nickel or Dime. For his efforts, Irigoyen has been nominated for three awards, two Young Artist Awards and one ALMA Award, for favorite TV actor in a comedy. He has also been featured on three albums, as well as one non-album single, School Girl. Today Irigoyen lives in Southern California with his family, his parents, Eric and Annie, who are teachers, and his two younger siblings, Jake and Kimberly. 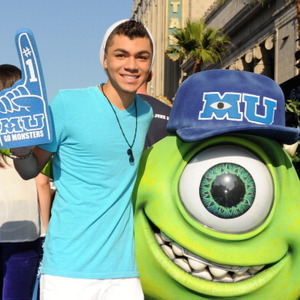