How much is Adam Campbell Worth?

Adam Campbell Net Worth: Adam Campbell is an English actor who has a net worth of $2 million dollars. Adam Campbell (born Adam Jones) was born November 7, 1980 in Bath, United Kingdom. Noted for his roles in the American film parodies Date Movie and Epic Movie, he also portrayed Cal Vandeusen in the horror miniseries Harper's Island. Campbell studied at the Beechen Cliff School, where he was a member of the drama club, joined the Musical Youth Theatre Company and appeared in stage productions at the local Theatre Royal. He went to the University of Exeter, where he shared a room with Pop Idol winner Will Young and earned his degree in drama. From 2001 to 2004, he trained at the Royal Academy of Dramatic Art then moved to the U.S. to pursue a career in acting. Commando Nanny marked Campbell's first role on TV. Unfortunately, the sitcom, which was originally scheduled to premiere in 2004, was never picked up by The WB Television Network. He then moved on to star as Grant Fockyerdoder, alongside Alyson Hannigan, in the 2006 parody of romantic comedy films, Date Movie, which was a mild success at the American box office. He starred in You Are Here in 2007. One of his biggest roles to date was in Epic Movie where he starred as one of the main roles, Peter Pervertski. In 2009, Campbell was cast as Cal on Harper's Island, a CBS series about a group of family and friends who travel for a destination wedding to an island famous for a streak of unsolved murders. Campbell was in the alternative rock band Switchfoot's music video for the song Awakening, alongside his wife. He was featured as a young man rocking out to the song while playing the video game Guitar Hero. In January 2010, it was announced that Adam would be voicing the role of Ringo Starr for the 3D remake of Yellow Submarine, but Disney subsequently canceled the film following the poor performance of other similar 3D projects. In 2011, he appeared on Up All Night, Parenthood, Off the Map and Marcy. Campbell then became part of the cast of the ABC sitcom Mixology. Adam Campbell married American actress and singer Jayma Mays on October 28, 2007. 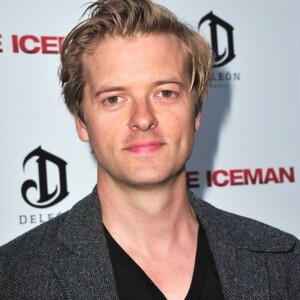