How much is Adam Brody Worth?

Adam Brody Net Worth and Salary: Adam Brody is an American film and television actor and part-time musician who has a net worth of $16 million dollars. That is a combined net worth with his wife, actress Leighton Meester. Adam began his career with television appearances on such shows as "Once and Again" and "Gilmore Girls". His most prominent television role was as Seth Cohen on the series, "The O.C.", which ran for four years. Since then he has appeared in such film as, "The Land of Women", "Mr. and Mrs. Smith", and "Cop Out". As a musician, Brody co-founded the Los Angeles-based indie rock band Big Japan. He is the lead drummer.

Early Life and Career Beginnings: Adam Brody was born in 1979 in San Diego, California to graphic artist Valerie and attorney Mark, Jewish parents originally from Detroit, Michigan. Brody's twin brothers, Matthew and Sean, were born in 1985. Growing up in the San Diego suburbs, he went to Wangenheim Middle School and Scripps Ranch High School, earning mostly poor grades. Later, he attended community college for a year, ultimately dropping out at 19 so he could pursue his acting career in Hollywood.

In 1999, Brody made his film debut with a bit part in "Random Acts of Violence," and appeared on television for the first time in an episode of Nickelodeon's "The Amanda Show." In 2000, after a year of training and auditioning, he was cast in the leading role of Barry Williams in the made-for-television movie "Growing Up Brady," about the production of the ABC sitcom "The Brady Bunch." Also in 2000, Brody appeared in episodes of the sitcoms "City Guys" and "Go Fish," the legal dramas "Family Law" and "Judging Amy," and the MTV anthology series "Undressed."

Early Television Career and "The O.C.": In 2002, Brody had a leading role on the sitcom "The Sausage Factory"; originally released in Canada, it aired in the US on MTV. Following this, Brody was in episodes of the Fox sitcom "Grounded for Life" and the superhero series "Smallville." His first major role on a television series came when he was cast in the recurring role of Dave Rygalski on The WB's "Gilmore Girls." However, it was in 2003 that Brody had his true breakout role, playing the socially awkward but quick-witted Seth Cohen on Fox's teen drama "The O.C." The series, which ran until 2007, turned Brody into a teen idol; consequently, he became the first male on the cover of Elle Girl magazine.

Film Career:  While still on "The O.C.," Brody began appearing more in movies. Among his credits at the time were the skateboarding comedy "Grind"; the Brad Pitt and Angelina Jolie action comedy "Mr. & Mrs. Smith"; the satire "Thank You for Smoking"; and the romantic dramedy "In the Land of Women," in which he played a writer who comes to Michigan to care for his ailing grandmother. Brody was also in the cannabis comedy "Smiley Face" and the anthology film "The Ten."

After the end of "The O.C.," Brody transitioned to a full-time career in film. In 2008, he played a talent agent in the erotic thriller "Death in Love," and in 2009, played the male lead Nikolai Wolf in the comedy horror film "Jennifer's Body." This was followed by films including "Cop Out," an action comedy starring Bruce Willis and Tracy Morgan; the romcom "The Romantics"; the Whit Stillman comedy "Damsels in Distress"; the ensemble romcom film "The Oranges"; the horror sequel "Scream 4"; and the apocalyptic dramedy "Seeking a Friend for the End of the World," costarring Keira Knightley and Steve Carell. Brody's subsequent credits have included "Baggage Claim," "Lovelace," "Welcome to the Jungle," "Growing Up and Other Lies," "Life Partners," "Yoga Hosers," "CHiPs," "Isabelle," "Ready or Not," "Shazam!," "The Kid Detective," and the Oscar-winning thriller "Promising Young Woman." 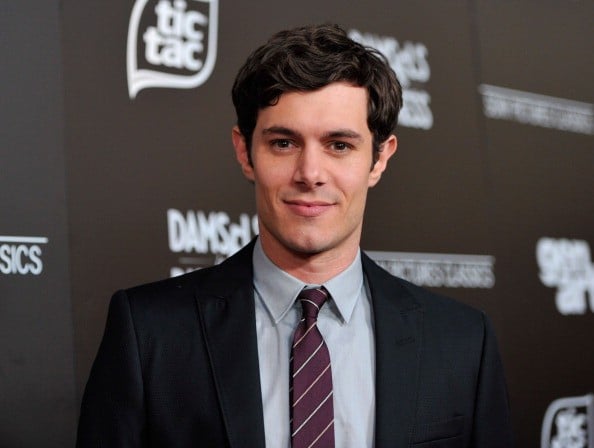 Later Television Career: In 2011, Brody lent his voice to the adult animated sitcom "Good Vibes," which aired on MTV for one season before being canceled. Later, Brody had a big year on television in 2013. He appeared in an episode of the sketch comedy "Kroll Show," and had recurring roles on the sitcom "The League" and the Showtime comedy series "House of Lies," on which he played the CEO of a sex toy company. The same year, Brody was in 10 episodes of "Burning Love," a series parodying reality dating competition shows.

Brody's subsequent television credits have included "New Girl," "Billy and Billie," "Urban Myths," and the Hulu original miniseries "Mrs. America." From 2016 to 2018, he starred in and produced the streaming series "StartUp." Brody has also had recurring roles on the short-lived ABC sitcom "Single Parents" and the dystopian action series "Curfew," which features a large ensemble cast.

Big Japan and Comics Writing: Beyond acting, Brody is the lead drummer of the four-piece indie band Big Japan, which he cofounded in 2005 with Brad Babinski, Nathaniel Castro, and Bret Harrison. The band's debut release, "Music for Dummies," was released digitally that year. From 2005 to 2007, Big Japan played at various festivals and pubs, including Bamboozle Left, The Roxy, and Spaceland. In 2010, Brody began playing drums in the band The Shortcoats; its first EP, "This Time Last Year," was released in 2011.

Personal Life: Adam dated his OC co-star Rachel Bilson for several years during and after the show's completion.

While filming "The Oranges" in Westchester, New York in 2010, Brody met and started dating actress Leighton Meester. The two got engaged in 2013, and wed in early 2014. The next year, they had a daughter, Arlo. Brody and Meester had a second child, a son, in 2020.

Real Estate: In 2014, soon after marrying, the Brody-Meesters spent $2.4 million for a three-acre property in mountains above Malibu. Technically located in the town of Topanga, they listed this home for sale in February 2020 for $3.25 million. In December 2019, Adam and Leighton spent $6.5 million on a nearly 6,000 square-foot home in the Pacific Palisades neighborhood of Los Angeles. 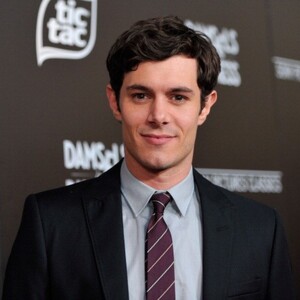