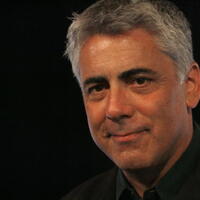 Adam Arkin net worth: Adam Arkin is an American actor and director who has a net worth of $10 million. Throughout his career he has performed in television, film, and as a stage actor and is probably best known for his role as "Aaron Shutt" on Chicago Hope. He was born in Brooklyn to actor and director, Alan Arkin, in 1956 and has been acting for over four decades. Arkin's first starring role in television was as "Lenny Markowitz," in the 1977 comedy, Busting Loose and went on to appear in several different television series, including The Twillight Zone, Northern Exposure, Chicago Hope, Law & Order, Picket Fences, The West Wing, Fraiser, Boston Legal, Monk, Life, Sons of Anarchy, and The Chicago Code. He has been nominated for numerous awards, including a Tony for Best Actor as well as 3 primetime Emmys, 4 SAG Awards and a DGA Award. In 2002, Arkin won a Daytime Emmy for Outstanding Directing in a Children's Special for "My Louisiana Sky". Arkin was married to Phyllis Lyons from 1999 to 2013. Before marrying Phyllis, Arkin was married to a woman named Linda and the couple had a daughter named Molly. Both Alan Arkin and his daughter, Molly, guest-starred on his TV series, Chicago Hope, in 1994.