Ada Nicodemou Net Worth: Ada Nicodemou is a Greek Cypriot-born Australian actress who has a net worth of $5 million. Ada Nicodemou was born in Larnaca, Cyprus in May 1977. She became a resident of Australia in 1987. Ada started acting in 1994 and starred as Katerina Ioannou on the TV series Heartbreak High until 1998.

In 1995 she starred as Anastasi Skouras in the series Police Rescue. From 1998 to 1999 Ada starred as Fiona Motson in the TV series Breakers. Her film debut came as Dujour (White Rabbit Girl) in the blockbuster movie The Matrix in 1999. Since 2000 Nicodemou has starred as Leah in more than 1,000 episodes of the soap opera Home and Away. Ada was a contestant on Season 3 of the Australian Dancing with the Stars where she won the competition with dance partner Aric Yegudkin. Nicodemou has been nominated for three Gold Logie Awards and two Silver Logie Awards. She is an ambassador for Save Our Sons, a charity that works to find a cure to Duchenne muscular dystrophy. Ada married Chris Xipolitas in 2007 and have a son together. 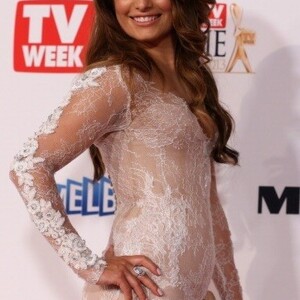