Abe Vigoda Net Worth: Abe Vigoda was an American actor who had a net worth of $10 million. Born in New York in 1921, Abe Vigoda began acting on stage as a teenager before rising to fame in the '60s in several Broadway shows. Vigoda is famous for playing mobster Salvatore Tessio in the 1972 film "The Godfather", and for a brief appearance in "The Godfather Part II".

He went on to star as Detective Sergeant Phil Fish on "Barney Miller" and "Fish". Other TV and film credits include "Having Babies", "The Cheap Detective", "Jury Duty", "As the World Turns" and "Late Night with Conan O'Brien". Vigoda has become somewhat of a pop culture phenom after "People" magazine accidentally said he had died in 1982. Vigoda responded by taking a picture of himself sitting in a coffin with the erroneous issue. Five years later, a New Jersey news station also mistakenly referenced his death. Since then, Vigoda has become the subject of a website that only reports whether he's alive or dead and would routinely appear on "Late Night with Conan O'Brien". The handball enthusiast was married to his wife, Beatrice Schy, for 24 years before she died in 1992. They had one child together, Carol. Incredibly, Abe Vigoda lived to be 94 years old. He died in his sleep on January 26, 2016. 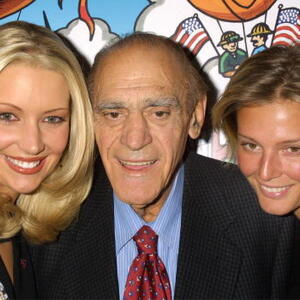