Abbie Cornish net worth and salary: Abbie Cornish is an Australian actress who has a net worth of $8 million dollars. Abbie Cornish was born in Lochinvar, New South Wales, Australia, and began her professional career as a model when she was in her early teens. She first attracted attention after making the semi-finals of a Dolly Magazine modeling contest. From there, she made the shift to acting work, winning the Australian Film Institute's Young Actor Award for her debut performance in, "Wildside", when she was fifteen. Since then, she has gone on to a steady string of work in both film and television productions in Australia and Hollywood. Some of her projects include, "The Monkey's Mask", "Life Support", "Marking Time", "Somersault", "Everything Goes", "Candy", "A Good Year", "Elizabeth: The Golden Age", "Stop-Loss", "Bright Star", "Limitless", "Sucker Punch", "W.E.", "The Girl", and "Seven Psychopaths". She is next slated to appear in "Solace", and the highly anticipated reboot of "RoboCop". In 2018 Abbie starred in the first season of the Amazon Prime series "Jack Ryan". 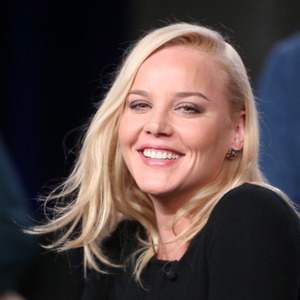